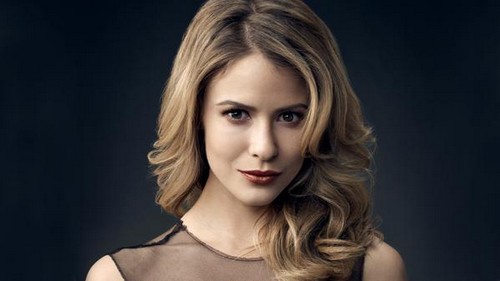 “Bold and the Beautiful” spoilers for January 12-19 tease another week of exciting drama on the CBS soap. Rick and Maya seemed to have pulled off their big takeover without a hitch, but according to “Bold and the Beautiful” spoilers Maya doesn’t exactly get the happily ever after that she hoped for. During the week of January 12, Maya and Rick’s relationship begins to unravel, and on top of that Caroline’s uncle Bill Spencer threatens the new leading lady of the Forrester mansion with a chilling ultimatum. B&B spoilers also tease that Maya will find herself in another war of words with her old fiancé, Carter. Rick has some problems of his own to deal with when Ivy threatens him, and doesn’t appear fazed by his blackmail anymore.

“Bold and the Beautiful” spoilers for the week of January 12 also tease that Rick’s wife Caroline finds herself back in the arms of Ridge, despite all the problems that their almost affair caused her to begin with. Romance will also be in the air for Katie and her ex-husband Bill Spencer, B&B spoilers tease that the old flames continue to grow closer. However, lovebirds Ivy Forrester and Liam Spencer’s relationship hits a major snag and there could be a break-up on the horizon for the newest couple on the CBS soap. Rumor has it that when Jacqueline Macinnes Wood returns to “Bold and the Beautiful” she has her sights set on Ivy’s man – unfortunately TPTB at the CBS soap still have not confirmed Steffy’s official return date.

So, B&B fans, do you think that Rick Forrester and Maya Avant’s relationship will last, or is this the beginning of the end for the controversial couple? When Rick learns that Caroline is getting close to Ridge again will it inspire him to try and fix his marriage before it is too late? Will Liam dump Ivy when his old love Steffy returns? Let us know what you think in the comments below and don’t forget to check CDL tomorrow for more “Bold and the Beautiful” spoilers and news.