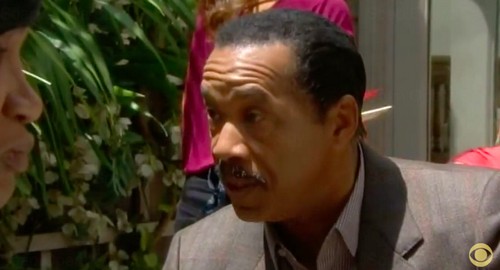 “The Bold and the Beautiful” spoilers for Thursday, July 9, tease that Ivy (Ashleigh Brewer) will refuse to give up on her relationship with Liam (Scott Clifton). However, Katie (Heather Tom) will try to persuade Ivy to let go. Later, Ivy will confess to Wyatt (Darin Brooks) that Katie thinks she’s already lost Liam. All the signs are certainly there. While Liam cares about Ivy, his feelings for her appear to be fading fast. It seems like Liam is cozying up to Steffy (Jacqueline MacInnes Wood) every chance he gets. Of course, most of that is Steffy’s doing. Still, it might be time for Ivy to face the facts and move on.

Wyatt will finally decide he’s had enough of Liam’s antics and he’ll take matters into his own hands. “The Bold and the Beautiful” spoilers reveal that Wyatt will scold Liam for pursuing Steffy and keeping Ivy on the side. Wyatt will think that Liam has been stringing Ivy along over the last couple of weeks. If Liam feels his future doesn’t include Ivy, then he needs to break things off and let her find someone else to love. In fact, Ivy may have found someone already. Wyatt has been very supportive and he’s even standing up to Liam for Ivy. Ivy may need to take Katie’s advice and start thinking about Wyatt as a potential love interest.

As Wyatt confronts Liam, Julius Avant (Obba Babatunde) will lay down the law with Nicole (Reign Edwards). Nicole’s mother, Vivienne (Anna Maria Horsford), tried her best to convince Nicole to come back home. When Nicole refused, Vivienne knew it was only a matter of time before Julius showed up looking for her. Julius will insist that Nicole is coming home right now and she needs to accept it. If Nicole resists, she could end up estranged from her parents just like Maya (Karla Mosley).

Maya will open up to Rick (Jacob Young) about the position Nicole is in. It’s clear that Maya doesn’t want Nicole’s relationship with their parents to suffer because of her own choices. Nevertheless, Nicole is an adult and she has the right to stand by her sister. B&B rumors hint that Julius and Vivienne will eventually learn to live with that. Stay tuned to “The Bold and the Beautiful” to find out if the Avants will make some updates to their attitudes.

So B&B fans, what do you think about the news that Ivy is still holding out hope that Liam will be hers? Is Katie right that Ivy has already lost Liam? Will Wyatt’s speech nudge Liam toward making a decision? Will Nicole decide to stay by Maya’s side and let her parents do whatever they have to do? Let us know what you think in the comments below and don’t forget to check CDL tomorrow for the latest “Bold and the Beautiful” spoilers, rumors, updates and news.