‘The Bold and the Beautiful’ Spoilers: Steffy Returns – Steals Liam From Ivy – Joins Ridge and Bill to Destroy Rick? 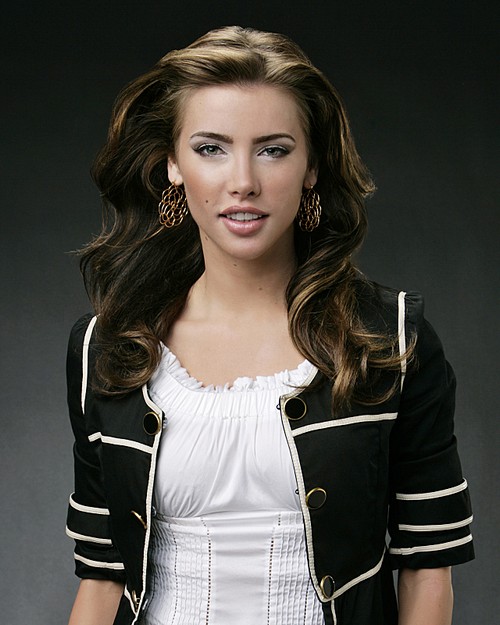 The Bold and the Beautiful Spoilers are dishing on the return of a cast favorite, again. Rumors have it, that Steffy Forrester [Jacqueline MacInnes Wood] leaves Paris and relocates to Los Angeles for a much longer visit and possible permanent relocation this time around. A little over a month ago, we last saw Steffy air on the Bold and the Beautiful.

At that time, she was asked by Liam Spencer [Scott Clifton], her ex husband, to join his plan in assembling a slew of Forrester Creations stockholders and undermine Rick by means of a hostile takeover of Forrester Creations by combining shares of FC stocks.  This would give them enough shares to rule Forrester by its majority stock holders. Needless to say, when Steffy’s conditions of an ‘all or nothing’ requirement including a relationship was refused by Liam, Steffy returned to Paris vowing not to partake in any coup.

Steffy explained to Liam she would not be able to stand by and watch him, the love of her life, in the arms of another woman. Liam could not totally commit to having any type of romantic relationship with her again, since he now claims to be in love and in a new relationship with Steffy’s Australian cousin Ivy Forrester [Ashleigh Brewer].

The latest rumors are giving us a few details about Steffy’s sudden ‘change of heart’. Steffy’s dad, Ridge Forrester [Thorsten Kaye] and his unlikely co-conspirator, Bill Spencer [Don Diamont], team up together and convince Steffy to take her rightful place as co-CEO of Forrester Creations along side her father. Of course, this means that Mr. Neapolitan, Rick Forrester [Jacob Young], is out of job.

We are also hearing some more BB chatter, that Ivy is none to happy Liam’s ex returns to LA and as promised, stakes claims that she and Liam have many more chapters to write in their Book of Romance together! We have to ask the question, who will you be rooting for as the Liam, Steffy, Ivy love triangle gets formed? Are you #TeamIvy or #TeamSteffy?

With more BB rumors claiming the return of Hope Logan [Kimberly Matula] character, can we be looking at square instead of a triangle? Three ladies all wanting the same guy?  Let us know your thoughts. And be sure to be on the look out for Steffy’s return to The Bold and Beautiful, scheduled to start airing the end of April 2015.