The Bold and the Beautiful (B&B) Spoilers: Will Bill Open Spencer Fashion With Rick and Maya After Ridge and Caroline Split? 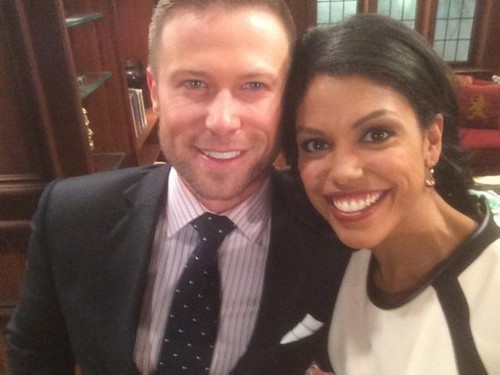 “The Bold and the Beautiful” spoilers reveal that a battle may be brewing and it could have some major fallout. Bill (Don Diamont) told Wyatt (Darin Brooks) he had no interest in being in the fashion business right now. However, the fact that Bill said “right now” seems significant. Bill wasn’t completely shutting the door on the idea of expanding Spencer Publications to include a design house. In reality, Bill would be more than willing to give Spencer Fashion a shot with the right motivation.

So what might motivate Bill to give this whole thing the green light? To get to that, we have to remember that trouble undoubtedly lies ahead for Ridge (Thorsten Kaye) and Caroline (Linsey Godfrey). B&B rumors hint that Ridge may get the news that he can’t have children. Of course, Caroline already had a hot hookup with Thomas (Pierson Fode) and it’s hard to believe that’s the end of the story. Caroline told Thomas she wasn’t pregnant, but it was a little early for her to make that declaration with certainty. Besides, Caroline could always turn to Thomas for another round of grief sex when the situation with Ridge blows up.

“The Bold and the Beautiful” spoilers say Caroline will be crushed when she learns Ridge essentially lied to her about getting a vasectomy. If Caroline ends up pregnant with Thomas’ baby, Ridge would probably kick Caroline to the curb. Bottom line, things don’t look good for Ridge and Caroline at this point and a split looms in the near future. Whatever happens, Bill will not be pleased that Ridge has hurt his niece as he expected. This could be the extra push Bill needs to give Spencer Fashions the go-ahead. After all, Bill would want to stick it to Ridge by taking Forrester Creations down.

Nevertheless, Bill would likely still have reservations about starting a business he knows nothing about. Wyatt has some experience, but Bill doesn’t want to sink his money into something without it being a sure bet. That’s where Rick (Jacob Young) and Maya (Karla Mosley) might come into play. We all know Rick isn’t happy unless he’s running the show and Maya will support her husband in whatever he does.

Perhaps Rick and Maya will jump ship at FC so they can reclaim the fashion throne with the Spencers. Certainly with bossy Steffy (Jacqueline MacInnes Wood) and yes-man Liam (Scott Clifton) running things there won’t be room for Rick and Maya. Their talent and experience would prove invaluable to a new design house. Naturally, Ivy (Ashleigh Brewer) and Katie (Heather Tom) could contribute their abilities as well. If they all get on board, Spencer Fashion might be unstoppable.

Will Bill give Wyatt the opportunity he’s been waiting for? It’s tough to say, but many viewers would like to see Liam and Steffy finally get what they’ve got coming. Stick with “The Bold and the Beautiful” to see if Forrester Creations will soon have stiff competition with Spencer Fashion.

So B&B fans, what do you think about the news that there could still be hope for Wyatt’s dreams? Will Bill make some updates to his plans once Ridge inevitably hurts Caroline? Is the ultimate fashion war about to go down? Let us know what you think in the comments below and don’t forget to check CDL often for the latest “Bold and the Beautiful” spoilers, rumors, updates and news.