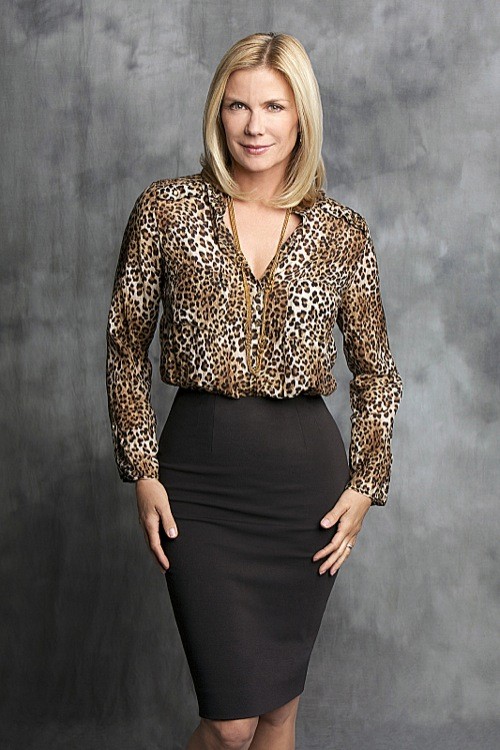 “The Bold and the Beautiful” spoilers for the week of January 19 – 23 tease another week of exciting drama on the CBS soap, and according to B&B rumors fans will not want to miss a single episode. There is never a dull day at Forrester Creations, but during the week of January 19 the drama will definitely be turned up a notch. According to “Bold and the Beautiful” spoilers this is what fans can expect to see this week on the CBS soap:

Monday January 19: “Bold and the Beautiful” spoilers tease that on Monday’s episode of the CBS soap Bill (Don Diamont) stirs up drama at Spencer Publications by announcing some major staff changes. Meanwhile, over at Forrester Creations, Pam and Rick bicker over Stephanie’s portrait, and Maya Avant bonds with Nicole (Reign Edwards) and catches up with her little sister.

Tuesday January 20: Tensions rise on “Bold and the Beautiful” on January 20, spoilers tease that B&B fans can expect not one, but two major confrontations. At Forrester’s an angry Rick lashes out at Ivy (Ashleigh Brewer) and Caroline and shows her dark side. Meanwhile, Rick’s girlfriend Maya (Karla Mosley) gets a wake-up call herself as Caroline’s Uncle Bill delivers her a serious warning.

Wednesday January 21: According to B&B spoilers for the episode airing on Wednesday January 21, Liam rushes to Caroline and Ivy’s defense and is not happy about the way that Rick (Jacob Young) has treated his cousin and girlfriend. Spoilers tease that a brawl breaks out between Liam and Rick. Meanwhile, romance is in the air on the CBS soap – and Bill Spencer and Katie (Heather Tom) share a close moment.

Thursday January 22: “Bold and the Beautiful” spoilers for January 22 tease that B&B fans can expect to see Liam and Ivy take their relationship to the next level. Coming and goings for the CBS soap confirms that Katherine Kelly Lang will return as Brooke Logan, and be shocked by all of the things that have changed since she traveled to Milan.

Friday January 23: January 23 marks “Bold and the Beautiful’s” monumental 7,000th episode. According to spoilers in the latest edition of Soap Opera Digest – the episode will be a document of the soap’s history and recaps of some of their biggest storylines over the years.

So B&B fans, are you excited that Brooke Logan is back from Europe? What do you think of Maya’s little sister Nicole? Will Bill Spencer ruin Maya’s rise to the top? Has Rick gone totally insane? Let us know what you think in the comments below and don’t forget to check CDL tomorrow for more “Bold and the Beautiful” spoilers and news.