The Fosters Recap Season 2 Finale: “The End of the Beginning” 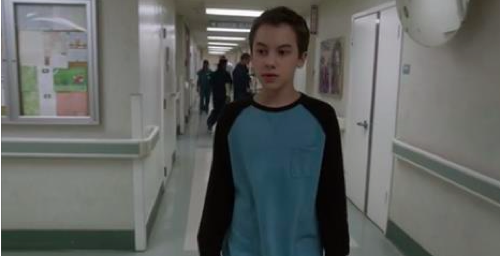 Tonight on ABC Family their hit drama The Fosters returns with an all new Monday March 23, season 2 Finale called “The End of the Beginning,” and we have your weekly recap below. On tonight’s episode, in the second-season finale, Callie [Maia Mitchell] meets her grandfather, which gives her a new perspective on Robert. [Kerr Smith] Meanwhile, Mariana [Cierra Ramirez] gets ready for a crucial dance-team showdown; and Jude stands up for a friend.

On the last episode, Callie met another roadblock in her pursuit of a happier future, leading her to confront past demons. Mariana, troubled by the uncertain future of Ana’s baby, followed up on a letter Ana wrote to relatives. Meanwhile, Jude faced the painful fallout of a bad decision. Lena confided in Monte about her difficulties at home. Did you watch the last episode? If you missed it, we have a full and detailed recap right here for you.

On tonight’s episode as per the ABC Family Synopsis, “with one too many lies told in an effort to keep their growing family together, relationships will be put to the test and someone’s story will end in tragedy on “The Fosters” Spring Finale. A visit with Robert’s father (guest star Patrick Duffy) makes Robert and Callie see each other in a new light. Mariana prepares for a make-or-break dance team showdown at school, and Jude takes a stand for a friend.”

We will be live blogging tonight’s episode at 9pm that airs on ABC Family. In the meantime, hit up our comments and tell us how excited you are for the finale of the second season of The Fosters and enjoy a sneak peek of tonight’s episode below.

Ana moving in has brought a whole new set of problems to the Foster household. For one, on tonight’s brand new episode, Mariana now has to correct her mistake from earlier when she had thoughtlessly asked her biological grandparents to adopt her impending baby sister. It seems that at the time she thought they would be a great alternative if her parents didn’t want the child but now that Stef and Lena have changed their minds and have agreed to adopt the baby – she was kind of hoping her grandparents would be understanding of this new and slightly awkward situation. However Mariana’s grandparents feel like they’ve already lost out on raising two grandkids thanks to those women and, regardless of seeing how well Jesus and Mariana have turned out, they aren’t sure they want to miss out on their second opportunity.

And speaking of the baby, Brandon is feeling a little put out about giving up his room for the next six weeks.

With Ana moving in, the family is kind of short of space. And until its remedied with Jesus possibly going to boarding school – something or more someone had to give. In this case that ended up being Brandon. So Brandon has taken to spending more time at his dad’s in order to finally get the privacy he’s not afforded back at home.

But Jude is at the point where he needs as much as support as possible. Apparently, that story about sneaking girls into the tent was one big lie. There were never any girls. There was only Jude and Connor and since that trip they’ve been something more to each other.

Hence when Jude finally worked up the courage to talk to his mother Lena, she saw that he needed to see Connor for himself. You know instead of merely getting reports from their friends. So she talked to Connor’s dad and she made him face the truth he tried to hide from – his son is gay and he doesn’t want him to be.

That may not be what parents are supposed to say but not even Hallmark has ever covered this area. So Lena had to talk a parent into accepting a situation he was uncomfortable with. She told him that they could watch but that wasn’t going to mean anything. Connor wasn’t going to go back to believing straight if he never saw Jude again.

So, in the end, Connor’s dad had no other choice than to let the two boys see each.

And although life has been hard, what with the custody of Callie being in limbo, the Foster had agreed to adopt Ana’s baby because they thought they were tough enough to handle it. But are they? Because Ana parents showed up and rather than ask for the baby – they tried to convince Ana to raise her child.

Luckily, she did refuse yet Jesus saw how much she wanted to take her parents offer. Ana wants a second chance and the only reason she’s denying herself is that is for Mariana’s sake. It’s Mariana that wants her family all together and so it’s for Mariana that nobody wants to get into another tricky custody situation over.

The way things stand with Callie, her parents been trying to get her emancipated to stop Robert’s right to custody but after Callie met her grandfather, it’s possible she could have found an ally in helping her stay with the Fosters. It seems her grandfather understands that his son is literally trying to rewrite history in order to regain all the time he lost with Callie yet grandpa knows that’s not humanly possible. So he’s told his son to think about Callie for a change and see for him, like everyone else had, that she’s happy where she is.

And some part of that conversation must have resonated with Robert because he soon began asking Callie about what she wants. However, while this new Robert was open to listening to Callie, he was just not that happy to find out about her emancipation.

So the next day, after Mariana’s dance competition, Robert asked for Lena and Stef to meet him at the judge’s office. He said he didn’t want to make Callie unhappy and that she would be better off with her parents than getting emancipated.

Afterwards, everything could have been.

Callie was going to stay with the Fosters.

And though Lena was kissed by someone else – she didn’t seem to want to make a big deal out of it. So, who knows, that could have resolved itself.

But what couldn’t be fixed is what happened when everyone wasn’t looking. Sadly, Ana had gone into labor while she was driving. And at the time of the accident, she had Mariana and Jesus in the car with her.

Neither child could take over so Ana attempted to drive herself to the hospital and unfortunately that led to a car accident that ended up claiming one fatality.

So who do you think it is?