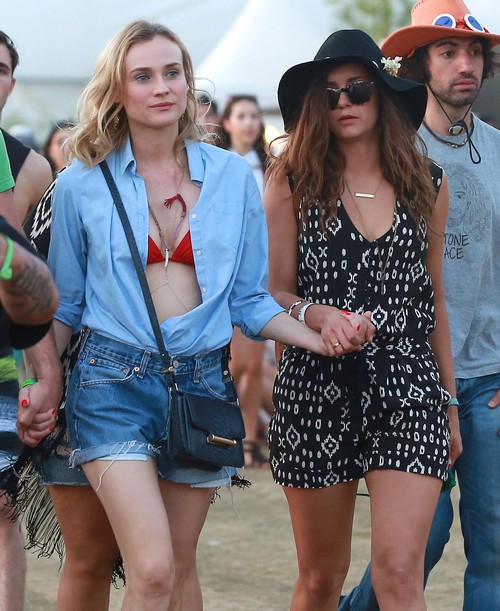 Has Nina Dobrev quitting combined with Nikki Reed and Ian Somerhalder’s wedding and marriage led to the cancellation of The Vampire Diaries? The Vampire Diaries always had a ticking time bomb set on its expiry, and the moment of truth has arrived. Nikki Reed and Ian Somerhalder just announced that they had their wedding last Sunday, making them officially, irrevocably married. That means that even the most delusional Vampire Diaries fan will have to admit that Nikki and Ian are in ‘love’, and that Ian’s scenes with Nina Dobrev on the show are just that – for show. And if the fans can’t buy into the show’s central romance, what’s the point of continuing the show? Especially past its initial six seasons, which most actors are contracted to legally? I mean, Nina Dobrev is already quitting the show, and it’s only a matter of time before the rest of the cast follows in her footsteps.

It’s akin to beating a dead horse with a stick – the show’s reached its natural ending point, it’s only going to go downhill from here, and the words ‘The Vampire Diaries’ will be synonymous with ‘oh, that CW show that started sucking after Nina Dobrev left?’

So really, it’s only a matter of time before we hear about The Vampire Diaries being officially cancelled. Nina Dobrev quitting the show was the first blow, and now, Nikki Reed and Ian Somerhalder getting married is the next blow. We’ve lost the central romance, the main character, and the chances of believing Ian with any other character [romantically, of course] gone in two fell swoops. Most people who watched the Vampire Diaries, and who are STILL watching the Vampire Diaries, don’t care about the side character – they want to see Nina Dobrev and Ian Somerhalder, and with one gone and one married, you think they’re going to be invested in the show? Definitely not.

What do you guys think? Will the CW announce The Vampire Diaries getting cancelled in the near future? Or will they, as we said, continue beating a dead horse with a stick?