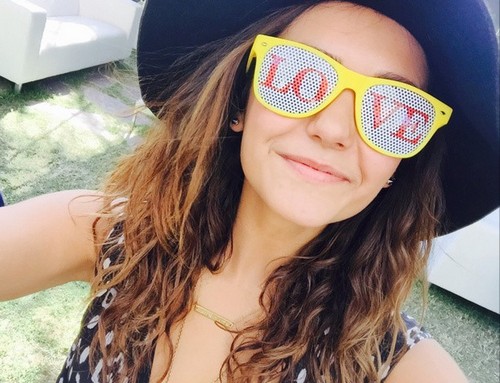 Is The Vampire Diaries facing early cancellation due to Nina Dobrev quitting the CW show? Nina Dobrev, the biggest name on The Vampire Diaries cast, announced to the industry that she was quitting the show that made her famous. It wasn’t a big surprise to most people who had been following Nina’s career and personal life, especially because we’d already received several hints that it was coming.

For one thing, Nina Dobrev has been visibly less excited during promotional events for the show over the past few seasons, a far cry from how she used to behave during the earlier seasons. For another, her contract is up at the end of Season 6, and she is by far the biggest name to come out of that show. Plus, she managed to sign with some of the best agents in Los Angeles, who are clearly gearing her up for a big time movie career.

Granted, Nina Dobrev not really a ‘name’ in Hollywood, and her film career has so far consisted of a very small role in The Perks of Being A Wallflower and a small role in Let’s Be Cops – neither of which have ‘put her on the map’. From what we’re hearing, her agents are working hard to land her more high-profile roles, but they haven’t yet been successful. Landing a major franchise or even a mid-budget studio film isn’t easy for most actors, especially actors who are mostly known for their CW TV work.

However, it’s also important to note that The Vampire Diaries really can’t succeed without their lead actress, no matter how much they try. We’re hearing that there’s a solid chance that the show will end up getting cancelled within the next year, especially if they don’t figure out a way to work around Nina’s quitting. And the likely chances are that they won’t manage to work around it…