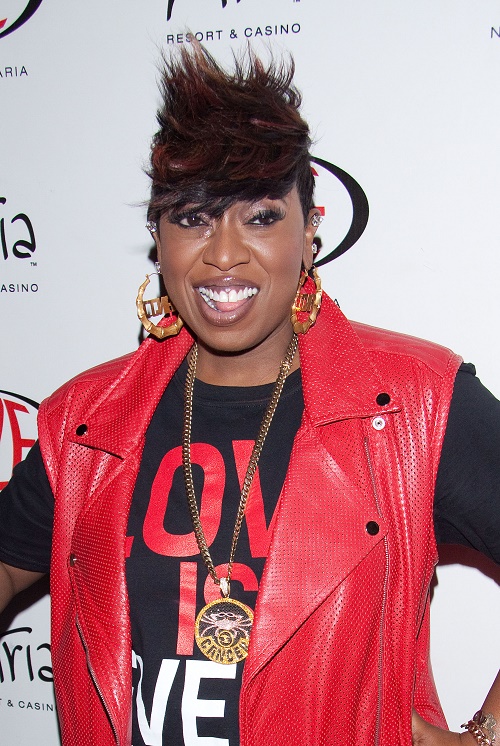 The Voice Season 9 spoilers tease a slew of familiar celeb faces will be appearing on the NBC show this Fall – including Missy Elliot! NBC is confirming that they have tapped female rapper Missy Elliott to appear on the singing competition as the advisor for Pharrell’s team. Pharrell is currently working with Missy in the studio on her highly anticipated comeback album – so she seems like a logical choice as his advisor this fall. Missy recently began making headlines again when she appeared in Katy Perry’s 2014 Superbowl appearance.

Missy Elliot will be joining one of the most highly anticipated casts of The Voice yet. It was recently revealed that Selena Gomez is working as Gwen Stefani’s advisor, Brad Paisley is working as Blake Shelton’s advisor, and John Fogerty has been tapped as Adam Levine’s advisor. Also, NBC recently confirmed that Rihanna is working as the overall key advisor, and will be mentoring all of the singers competing on Season 9 of The Voice. Rumors also are floating around that Selena’s ex Justin Bieber may be doing a guest appearance as well.

We don’t know about you, but we are beyond excited to see the legendary Missy Elliot back in the spotlight, and we can’t wait to see her and The Voice judge Pharrell Williams working together to mentor the singers. Pharrell and Missy are both equally amazing on their own. We can’t imagine the kind of genius music they must dream up together while they are in the same room.

Are you as excited as we are for the Season 9 premiere of The Voice on NBC this fall? Do you think that Missy Elliot will make a nice addition to The Voice cast? Let us know what you think in the comments below, and don’t forget to check CDL for all of you’re The Voice Season 9 spoilers and news!