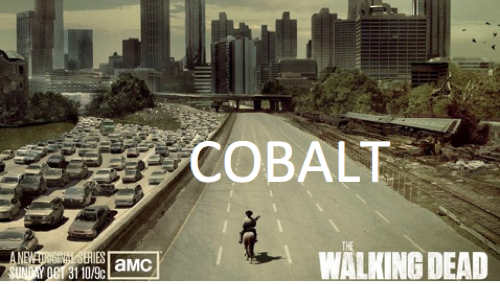 A spinoff series called Cobalt, from The Walking Dead creator Robert Kirkman is currently in the works, but fans can’t help but wonder if it will be as successful as the original show. The idea of a spinoff that follows another band of survivors elsewhere in the United States doesn’t seem like the best idea, but that’s not what the spinoff will be.

According to Internet reports, Cobalt will be a prequel taking place on the West Coast. The new series will follow the days and weeks leading up to the infection breakout and subsequent apocalypse. It has also been reported that a few characters who showed up in assorted episodes here and there of The Walking Dead may put in an appearance in the spinoff series.

Many fans have long held that a prequel series — or at least a few episodes covering what happened when the outbreak happened — would be a good move for The Walking Dead. Now, a whole series will apparently be devoted to leading up to the end of the world as we know it.

Will a spinoff series be a success, given the popularity of The Walking Dead original series?

It is certainly difficult to follow up a wildly popular series with another within the same universe. What AMC is doing correctly, though, is not trying to take main or prominent characters from The Walking Dead and moving them into their own series.

For example, a series that used the scenario of say, Carol leaving the main group and setting out on her own would probably not fly on its own merit. That could easily be an episode or two, but not a whole series.

What works with the idea of this spinoff series is that it will be following people before they are survivors. Fans will likely tune in for the express purpose of gleaning clues about what caused the outbreak in the first place. With The Walking Dead series currently, we are a few years into the zombie apocalypse and civilization has totally disappeared. Nothing is as it once was.

With the spinoff, we may get to see the beginnings of the apocalypse and the early days of how things fell apart. Remember that when we — the fans — started on this journey, we woke up with Rick to find that the world had gone to Hell. The apocalypse had started while he slept and he wasn’t awake to experience the beginnings and watch it all fall apart. In the same manner, viewers did not experience that either.

With this spinoff series, we will finally be able to experience the fallout and know what happened.

Will it be a success? Most likely. Will it reach the levels of popularity The Walking Dead has experienced? Probably not. Be paying attention to CDL to find out more about Cobalt and when it will be airing. It will certainly be worth watching.