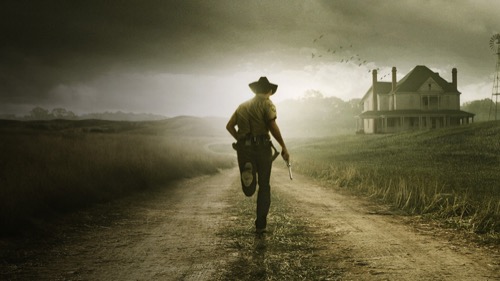 The Walking Dead Season 5 Spoilers examines the rest of the season and what we can expect. With the announcement that the season 5 finale of The Walking Dead Season 5 will close out the month on March 29, fans need to get their fix while they can. That means there are three regular episodes left (March 8, 15, and 22) before we see how the season ends. On the plus side, though, it has been announced that the final episode will be 90 minutes instead of the regular 60 minutes. It looks as though the final season 5 episodes will come in like a lamb and go out like a lion.

What does this all mean? It means that you need to enjoy these last few episodes during this “March Madness” month. Once the finale is aired on March 29, we will have to go without our walkers until fall.

The next episode will probably give us background on the new haven of rest that is Alexandria Safe-Zone. Our group has finally made it to a place of supposed safety but we know almost nothing about it. Understandably, the group will be paranoid and suspicious of their surroundings. Can you blame them? Their last supposed safe haven tried to eat them.

It is likely that we will see at least a couple of episodes dealing with the conflict of our group trying to acclimate to their new community while the community tries to figure out what to do with them. After being on the road for so long and living on the run, we can bet that our group will have a hard time settling in to what looks like civilized life.

After being wandering vagabonds for so long, how will our group be able to adjust to staying in houses? Remember that Aaron told Michonne that he lived in a real house, so it’s probably that our group members will be able to choose houses. Will they all go their separate ways or will they stick together?

Since we know that the season finale on March 29 will be an extended episode, and will likely go out with a bang, it is reasonable to expect that the first couple of episodes in March will set the background for the rest of the month. It would make sense that we will ride along with our group members trying to figure out what is what at Alexandria. So perhaps March will start out slowly and build tension throughout the month until it finally explodes on March 29.

That particular formula has served the series well before and it would certainly work again.

Mark your calendars and be watching during the month to see what happens as we careen to that season finale on March 29. It’s sure to be a wild ride. Come back to VCDL for more The Walking Dead Season 5 spoilers and news.