The Walking Dead Season 5 Spoilers: What is the Alexandria Safe-Zone – The Truth Behind the Facade 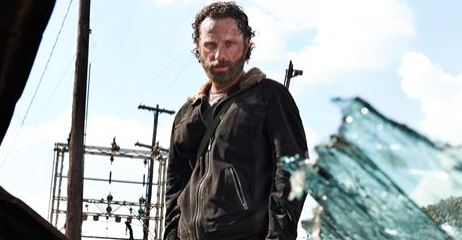 A Place of Safety: In the comic series, Alexandria has been an established community for about a year when Rick and Company finally make it there. If the television series follows the comic series, then Alexandria will become a true safe haven for some time. Alexandria is actually the place where the group finds peace and safety for the longest period of time.

Located Near Washington D.C.: In both the comic series and the television counterpart, Alexandria is a walled community just outside of Washington D.C. We were reassured that it is located close to D.C. in the most recent episode by Rosita pointing out the Washington Monument to Abraham as they drove to Alexandria.

Proximity to Washington D.C. can be good and bad as it seems that cities are the worst for lawless people. a Alexandria, though, might be a community that benefits from being close to a large city — especially an important city in the United States.

More Than Just a Place of Safety: In the latest episode of TWD, Aaron mentioned his house. Our survivors have been used to living the nomad life — sleeping in abandoned houses, churches, barns, vehicles, and even out in the open, so a house or at least a home of some type that they can feel more attached to sounds like a wonderful thing.

Alexandria features houses, gardens, orchards, and other things that make it a real community. The fact that the current leaders send out “recruiters” to find survivors who would make good community members shows that the community is well thought out. It appears as though our group of survivors can find a true place of rest but also a place to rebuild their lives.

Yes, the Alexandria Safe-Zone is definitely a high point in “The Walking Dead.” It’s good to see our group finally have something good come their way. Come back to CDL for the best The Walking Dead Season 5 spoilers, recaps, and news!