The Walking Dead Season 5 Spoilers: Does Negan Kill Glenn – Who Dies Next? 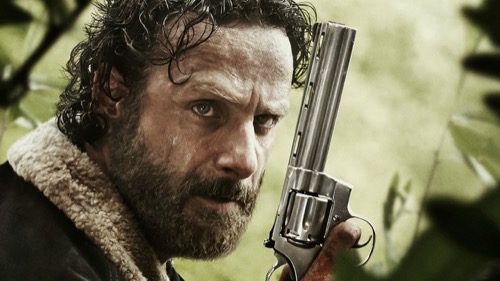 The idea of heading toward Washington D.C. was discussed and it looks as though that is where the group is going, once again. This time, they are not looking for a supposed cure, but instead they are simply seeking a place of rest.

If you were hoping that Noah’s walled Richmond community would be Alexandria Safe-Zone, then you were disappointed. Take heart, though, according to some online spoilers, Alexandra Safe-Zone is about to be introduced and it may be in one of the next two episodes.

We’ve been hearing rumors since the beginning of TWD Season 5 that there will be a new romance during this season. Speculation initially held that perhaps Daryl and Beth would develop deeper affections for each other or that Carol and Daryl would declare feelings for each other. Since we know the idea of Daryl and Beth is done, the possibility of Carol and Daryl is still there.

However, some spoiler sites have reported that once our group arrives at the Alexandria Safe-Zone, Rick will meet a blonde woman and develop a romantic relationship with her. There’s still hope, though, for those who are wanting to see a “Caryl” relationship on the series. With several episodes left in the rest of the season, anything could happen.

When will someone else die? Tyreese’s death, while not unexpected, was still heartbreaking. It seems as though the writers and producers are trying to throw as much despair as possible at our group. The loss of Tyreese — a truly good person in the midst of a world gone mad — will be hard for the group to deal with.

With the last half of the season still left, it is certain that more of our beloved characters will meet their end. Undoubtedly, some of the lesser characters like Tara, Rosita, Noah, and Father Gabriel are certainly fair game and their deaths almost seem inevitable.

Plenty of buzz has circulated about whether or not Glenn will be killed off this season, and whether his death on the show will mirror his death in the comic series. Since there have been numerous deviations from the comics to the show, including a number of characters that didn’t appear in the original comics, you can never assume that you know for sure what will happen if you know the comic series.

In the comics, a big, bad character named Negan kills Glenn with a baseball bat. Was the bat that Glenn picked up in Richmond a hint at what is to come? Perhaps, or perhaps not. It is difficult to know what to expect on The Walking Dead, except that people will die and it will make you sad. Come back to CDL  for The Walking Dead spoilers each day to enjoy more updates.