‘The Walking Dead’ Season 5 Spoilers: Who is The Biggest Threat To Kill – Final Two Episodes 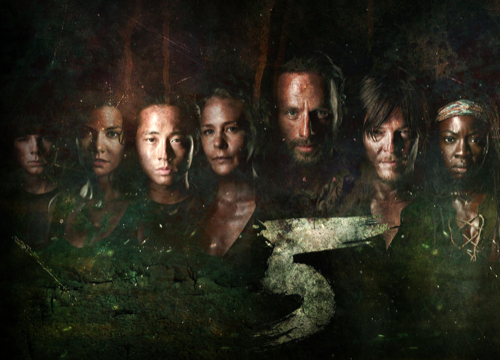 “The Walking Dead” Season 5 spoilers look at the who will turn out to be the greatest danger to our group of survivors, who kills, who gets killed, in the season’s final two episodes. We are down to the last two episodes and while our favorite survivor group is at a place of safety, they really aren’t safe. Who will be the biggest threat at the end of season 5?

In the comic series, a confrontation between Rick and Pete results in a fight that leads to several deaths and injuries and ultimately Pete’s execution. Much more importantly, though, it is the gunshot that kills Pete which attracts the attention of a group of brutal scavengers who roam around Washington D.C.

It appears that these scavengers will show up in the television series and may be known as “the Wolves.” If you remember the walker with the W cut into his forehead, that might be an indication of this. The fire fight that ensues between the Alexandria group and the scavengers leads to an even bigger problem: The noise draws a herd of walkers to Alexandria.

Now, whether the season will end with outside danger threatening the community at Alexandria, or if the danger will all be from within…well who knows?

That’s a whole lot of action to cram into two episodes — although we know that the final episode is supposed to be slightly longer. It is more likely that the last two episodes will focus on the internal conflict at Alexandria, then season 6 will start with the external conflict, but that’s certainly not written in stone.

If the television series uses some of the storyline from the comics, we can bet that conflict between Rick and Deanna, Rick and Pete, and the newcomers (Rick’s group) and the Alexandria residents will be played out. How many will die and how things will be shaken up is still a question. Spoilers on the web have hinted that at least one or two main characters may be lost during the final episode.

If your money is on Pete being the biggest threat at the end of this season, then you may be making a safe. Pete is obviously unstable and he is already abusive toward his family. He seems just a little bit more than off his rocker so he’s a wild card. He can be expected to be unstable and unpredictable.

Don’t discount Nicholas, though. Remember him? He’s sure to meet his end, but don’t discount him as a means of making trouble and turning the community upside down. He probably won’t be a big threat, but he is certain to play some role in the coming conflict that is boiling underneath the surface at Alexandria.

There are only two episodes left in season 5 and in true “Walking Dead” fashion they are sure to be heartbreaking, nail biting, gory drama. Come back to CDL daily for all your “The Walking Dead” Season 5 spoilers, news and rumors!