The Walking Dead Spoilers Season 5: Who Die’s in the Final Two Episodes? 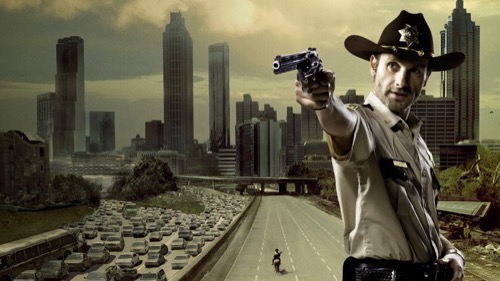 So who will die in the last two episodes?

There are plenty of web rumors circulating, but the consensus is that the March 22 episode will not feature any deaths, but will set us up for an explosive final episode. The last episode on March 29 will be an extended episode, so there should be more time for death in that season finale.

Who are the likely candidates to meet their end at the end of season 5?

Nicholas is a “red shirt” in case you haven’t figured out. It seems obvious he’s a character who is in the story to get killed. His stupidity, cowardice, and self-serving attitude are exactly what will get him killed. It wouldn’t be surprising if someone from Rick’s group takes him out in retribution for Noah’s death.

Tara had a pretty serious head injury. She’s turning into a character who is developing some depth and we like her, so unfortunately, that dooms her in the WD universe. Let’s hope she does indeed survive, but it’s not looking good for her.

Deanna seems to be a good person, and a strong woman. She obviously has good leadership skills, but it looks as though she is about to butt heads with Rick and company. That doesn’t bode well for her. While she doesn’t seem (as yet) to have the maniacal tendencies that The Governor had, it’s possible that when she discovers that her son has been killed and she sees the peaceful community of Alexandria starting to crumble she may snap.

It would be unfortunate for her to be killed off, because her character could be a great asset in the future. Her counterpart in the comics, Douglas Monroe, turns over the leadership reigns to Rick and is later eaten by walkers so it is likely that Deanna will meet the same fate, but not certain.

Reg is Deanna’s husband and we know that his counterpart in the comics, Regina, is killed by Pete Anderson. Reg is probably already doomed regardless.

Pete is certain to die in the final episode. He is already being set up to be part of a final conflict as Rick has been made aware of his abusive nature. In the comic series, it is a fight between Rick and Pete that results in several deaths and drawing the attention of the D.C. scavengers. Although, it seems as though the television series has changed that group to be known as the Wolves. Either way, Pete is already marked.

Who ultimately survives and who dies remains to be seen. We will find out during the last two episodes of “The Walking Dead.”