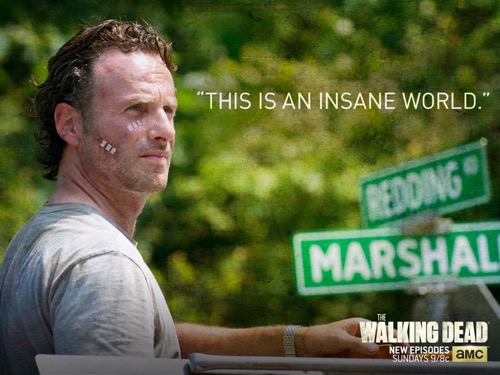 Last night, The Walking Dead picked up the pace with a brutal and action-packed episode entitled ‘JSS’. Carol shed her Stepford wife shell and thrilled audiences with her thinly-veiled survival skills. The weak Alexandrians with a false sense of security dropped like flies under an attack from the Wolves. The gang, who seems to be the comic’s equivalent to the Scavengers, delivered a blow to the Safe Zone that will change a lot. You can find a full review and recap of The Walking Dead season 6, episode 2 here on CLD.

Another exciting development will be the addition of Dwight. The show finally introduced Heath, who will easily become a fan-favorite, but the arrival of Dwight is a huge step toward the highly anticipated arrival of Negan. In the graphic novel, Dwight becomes a main character who is a member of Negan’s group – the Saviors. After attempting to defect from orders, Negan burns half of Dwight’s face. Like Daryl, the henchman uses a crossbow.

Judging by other spoilers and hints – TWD is pacing to time the arrival of Negan in the season 6 finale of The Walking Dead. The show spent the last few episodes of season 5 hinting at Negan, and this season hasn’t had too many Easter eggs, but there are some major signs coming…

We have already learned that Jesus has been cast and will be arriving in future episodes – a big sign of Negan and his Saviors. The Hilltop Colony set has also been constructed and appears to be ready for filming as we discovered. However, the rumor that sealed the deal was a casting call for a man who fits the bill of the TWD villain perfectly.

Sadly, with the arrival of Dwight and Negan – major characters could be killed off. Glen meets a grisly end at the hands of Negan. In addition to seeing Glen killed off, Abraham could also be on the chopping block. In the comics, Dwight kills Abraham and takes Eugene hostage. While it is no guarantee, Glen or Abraham will be killed off, we can bank on a few major character deaths the season.

What do you think TWD fans? Who will die during season 6 of The Walking Dead? Let us know who your predictions in the comment section below.