‘The Walking Dead’ Spoilers: The Evolution of Daryl Dixon Through Season 5 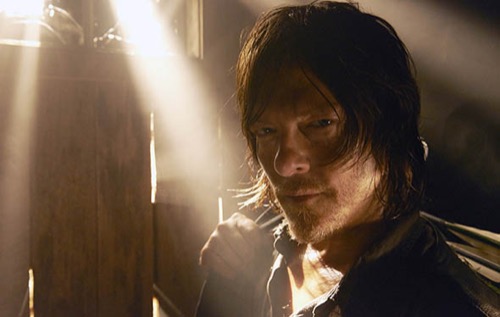 An Unlikeable Character: When we first met Daryl Dixon on “The Walking Dead,” he was the second half of a duo with his older brother Merle [Michael Rooker]. It was obvious from the beginning that Merle was in charge and Daryl seemed like his stoolie. Merle made it obvious to viewers that he was not a nice guy by any stretch of the imagination and because Daryl seemed to be a lackluster character in the beginning, the assumption was that he was also a bad guy.

Showing a Softer Side: We began to learn more about Daryl and see some depth beginning during TWD season 2 when he set off in search of Sophia — Carol’s daughter who had gotten separated from the group. Who wasn’t surprised to see him obviously affected by the little girl’s disappearance?

The episode in which we followed Daryl as he searched for Sophia and had an accident with one of his own arrows began to show us glimpses into the inner turmoil and demons he fought. Instead of being his brother’s puppet, we started to understand that Daryl had a haunted past and perhaps had a love-hate relationship with Merle.

As Daryl began to show that he wasn’t like Merle, his character obviously grew in popularity. While he was still a rough-around-the-edges redneck, he was quickly becoming a favorite on the show. Who can forget his quick attachment to baby Judith? He endeared himself to us with very little effort.

Stepping Up: While Rick seemed to struggle with hanging on to his humanity, Daryl didn’t seem to have any problems. He had no qualms about doing what was necessary to survive while balancing his humanity with it. He obviously had experience in this realm. We watched Daryl grudgingly step up to take on more of a leadership role among the group, despite the fact that he said he wanted to be left alone. By Season 4 of “The Walking Dead,” Daryl has become one of the most respected and loved leaders amongst our group of survivors at the prison.

Seasons 4 and 5: When Daryl was separated from the prison group in the last half of Season 4, we were able to delve into his personality and see some of his demons. We discovered that there is a reason he doesn’t drink alcohol — because when he’s drunk he’s not a nice drunk and he is well aware of this fact.

When Daryl was forced to join up with The Claimers, we all wondered if he would turn feral and we would have to watch one of our favorite characters deteriorate into savagery. He did what was necessary, but veered away from brutality whenever he could.

Now in Season 5, we know that Daryl had an abusive childhood and we love him even more for the hardships he had endured. What’s next for Daryl Dixon? We shall have to wait for the return of “The Walking Dead” to find out. Come back to CDL tomorrow for more “The Walking Dead” Season 5 spoilers.