‘The Walking Dead’ Spoilers Season 5: The Alexandria Safe-Zone Next? 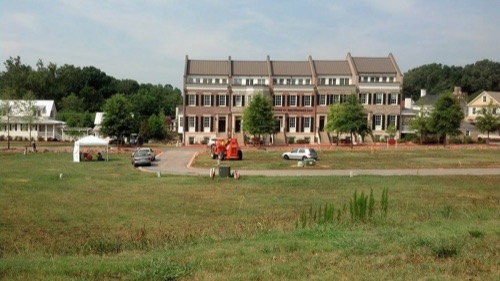 “The Walking Dead” spoilers for Season 5 deal with fans can expect in the second half of the season and especially regarding the Alexandria Safe-Zone. The mid-season finale of “The Walking Dead“ Season 5 left us ragged and emotionally distraught. The characters in our favorite group of survivors are undoubtedly in worse condition, but with the mid-season premiere of the last half of Season 5 coming up, we can’t help but wonder what is next for our group.

Will the Last Half Allow Some Rest or Peace?

The first half of Season 5 of “The Walking Dead” was a breathless whirlwind of cannibals, death, wackos, and death. If you didn’t have anxiety issues before watching, you certainly did afterward. We were left with no direction and no mission after it was revealed that Eugene had lied about knowing a cure and needing to get to Washington D.C., and of course there is that nasty business at Grady Memorial Hospital.

There will certainly be some time for grief as the group comes to terms with what happened to Beth. Since the first half was packed full of action and violence, perhaps the second half will slow down and spend some more time on story and character development.

As it currently stands, our group is homeless and without a direction. They have Rick as a leader, but with no home to go back to since the prison was breached, and no mission to go toward since Eugene’s lie was discovered, what can they do?

Will Alexandria Safe-Zone Be Introduced?

There are plenty of rumors and hints running all over the web about the possible introduction of the Alexandria Safe-Zone. That is a city of safety in the comic series and rumors have circulated for a while that it will be part of the series — perhaps in season 5.

Considering the group is now lost and emotionally beaten, this would be a great time to introduce this plot thickener.

Since the group is now simply wandering, a suggestion from Noah to go to his hometown that can provide a place of safety and rest would be a plausible — and sensible — plot turn.

So what’s next for our group of TWD battered and beaten survivors? The last half of “The Walking Dead” Season 5 is sure to leave us shocked, horrified, baffled, and perhaps even angry, but it wouldn’t be any different from the other seasons. The question now is what’s next and who will survive the remainder of this season? Mark your calendars for February 8 so you can find out what happens and be ready for a roller coaster adventure and come back for more “The Walking Dead” spoilers. It’s sure to be wild.