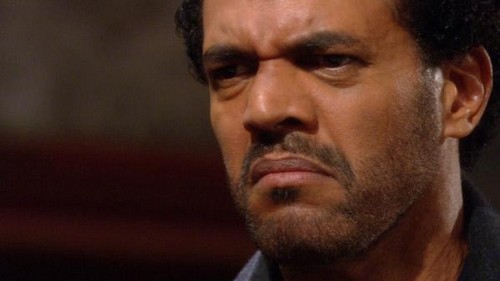 “The Young and the Restless” spoilers tease that the week of February 9-13 will be one for the records on the CBS soap. According to Y&R spoilers, on Friday February 13 an epic Valentine’s Day storyline will kick off, with a disastrous plane crash in Genoa City that will kill off at least one person and leave a tragic trail of despair which will forever change the lives of the Genoa City residents.

CBS released a “The Young and the Restless” spoiler video teasing the plane crash, according to the official promo video it looks like Neil (Kristoff St. John), Jill, Lily, Cane, and Devon (Bryton James) will be flying in a private plane – which hits some turbulence and crashes right in to the center of Genoa City. In the spoiler video it looks like numerous characters are seriously injured and Joe Clark and Neil’s daughter Lily both appear to be dead! The shocking Valentine’s Day spoiler video has the internet in a frenzy, and rumors are floating around social media teasing that Chelsea’s (Melissa Claire Egan) son Connor is seriously injured in the crash – and Gabriel comes forward and reveals that he is Adam Newman (Justin Hartley) because his son desperately needs a donor to save his life.

In other “The Young and the Restless” news, spoilers tease that during the week of February 9th leading up to the Valentine’s Day crash fans can expect to see Neil fall off the wagon, and find a new drinking buddy in Nikki Newman. The dynamic duo pound drinks together and discuss their miseries. Also, Austin, Mariah (Camryn Grimes), Summer, and Kevin are invited to a mysterious Valentine’s Day party by an anonymous host. “The Young and the Restless” spoilers for the week of February 9th also tease that Chelsea learns the truth about Gabriel and Sage’s relationship.

So Y&R fans, have you watched the insane spoiler video for the Valentine’s Day plane crash? Do you think Joe Clark (Scott Elrod) or Lily Winters will be killed off? Will anyone else be seriously injured, like Connor? What kind of trouble will Nikki (Melody Scott Thomas) and Neil stir up together? Let us know what you think in the comments below and don’t forget to check CDL tomorrow for more “The Young and the Restless” spoilers and news.