‘The Young and the Restless’ Spoilers: Phyllis Moves In With Victor, Breaks Up With Jack – Nikki and Neil See Red! 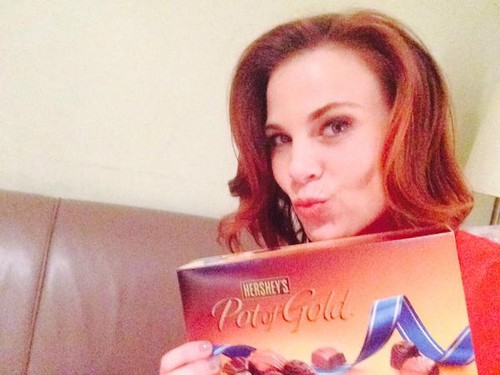 “The Young and the Restless” spoilers tease that the episode of the CBS soap airing on Monday, February 9 will be packed full of exciting drama and Y&R fans will not want to miss a single second of it. Rumors have been floating around for weeks that Neil was going to get his eyesight back and catch Devon and Hilary together – and that is exactly what happened on Friday, February 6. “The Young and the Restless” spoilers tease that Neil is naturally devastated by what he seen, however he decides to keep up the charade that he is blind to see what else his family is hiding from him.

In other “The Young and the Restless” news, Phyllis is officially released from Fairview and instead of going home she goes to her new BFF Victor Newman’s (Eric Braeden) house and announces that she will be staying with him. According to “The Young and the Restless” spoilers for Monday February 5th, Jack (Peter Bergman) heads straight to Victor’s house to try and get Phyllis to come home – instead he gets dumped, and Phyllis returns the ring that he gave her. Meanwhile across town, Christine frets to Paul that she is afraid Phyllis (Gina Tognoni) will get off scotch-free for poisoning Kelly Andrews. However, the doctor hasn’t come to a decision yet on Phyllis’s diagnosis and still plans to interview Kelly (Cady McClain).

“The Young and the Restless” spoilers tease that on Monday’s episode of the CBS soap Nikki Newman is not happy about her and Victor’s new roommate. So, she heads to a bar to drink her sorrows away, and finds an unexpected drinking-buddy. Y&R spoilers tease that Neil Winters falls off the wagon and pounds some drink with Nikki while they discuss Devon’s (Bryton James) affair and Victor’s latest charade.

So, Y&R fans, how long do you think that Neil (Kristoff St. John) will pretend to be blind? Will he try to get revenge on his own son Devon? Will Phyllis be considered insane, or could she be charged with attempted murder? Let us know what you think in the comments below and don’t forget to check CDL tomorrow for more “The Young and the Restless” spoilers and news.