BY Amanda Austin on February 16, 2015 | Comments: one comment
Related : Soap Opera, Spoiler, Television, The Young and the Restless 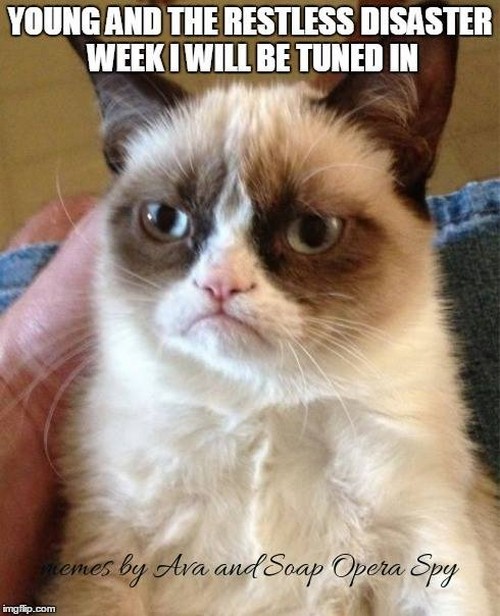 “The Young and the Restless” spoilers tease that the episode of the CBS soap airing on Monday February 16 will be one that Y&R fans do not want to miss. Rumors have been floating around the internet for over a week now about the plane crash set to take place on “The Young and the Restless,” and according to spoilers that storyline is set to begin unraveling on February 16.

“The Young and the Restless” spoilers tease that all hell is set to break loose on the plane that Neil is travelling on during Monday’s episode of the CBS soap. Devon (Bryton James) and Hilary are in shock when Neil exposes their affair to the entire family, and reveals that he saw his wife and son in bed together and is no longer blind. And, he also exposes Cain and Colin (Tristan Rogers) for keeping the couple’s romps a secret – which does not go over well with Lily and Jill (Jess Walton). Y&R spoilers tease that Neil reveals a dark side of himself that his family does not recognize and hints that he has something in his suitcase that will take them all out. But, Neil (Kristoff St. John) may not have a chance to take out his family – Mother Nature may beat him to the punch. According to “The Young and the Restless” spoilers, Neil’s plane hits some major turbulence as it flies through a snow storm.

Meanwhile at the Abbott’s cabin, Abby’s impromptu Valentine’s Day party begins to get very strange very quickly. “The Young and the Restless” spoilers tease that on February 16 someone spikes the punch at the party, and because of the major snow storm – none of the party goers are able to leave. As Abby and her friends begin to feel the effects of being drugged, Austin goes missing and they find him unconscious and locked in the closet.

In other “The Young and the Restless” news, spoilers tease that on Monday’s episode of the CBS soap fans can expect to see Billy (Burgess Jenkins) and Chelsea exchange romantic Valentine’s Day gifts as Billy vows to put his hatred for Adam Newman (Justin Hartley) behind him. Meanwhile at the Underground the Valentine’s Day party is in full swing and Jack and Avery decide to use the opportunity to stage a one woman play starring Phyllis – and prove to everyone in attendance that she is not half as sane as she claims to be.

So Y&R fans, what do you think Neil plans to do to his family to make them pay for Devon and Hilary’s affair? What is going on at the Abbott cabin, who locked Austin in the closet and drugged them? Will Jack and Avery’s plan work or is Phyllis going to prison? Let us know what you think in the comments below and don’t forget to check CDL tomorrow for more “The Young and the Restless” spoilers and news.