‘The Young and the Restless’ Spoilers: Pregnant Christine Suffers a Miscarriage – Phyllis To Blame? 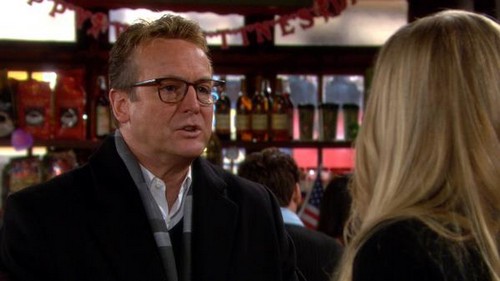 The Young and the Restless spoilers are reporting a devastating life event for one of Genoa City’s residents. The Y&R rumors are saying that District Attorney Christine Blair Williams [Lauralee Bell] apparently suffers a miscarriage of her unborn baby. The sad news is heartbreaking not only for mother- to-be Christine, but her hubby Detective Paul Williams [Doug Davidson]. Paul has other children, (Heather Stevens, Dylan MacAvoy and the late Ricky Williams) but he was never a part of their lives when they were growing up. Paul was finally willing and able to raise this new child from birth.

The spoilers are learning that DA Christine becomes overly obsessed with prosecuting Phyllis Newman [Gina Tognoni] on charges she poisoned Kelly Andrews [Cady McClain]. Getting Phyllis behind bars for years has been one of Chris’s lifelong goals since she learned Phyllis drove the car that ran her and Paul down more than twenty years ago.

Even though her husband Paul has was made his concerns known to pregnant Christine not to let her revenge on Phyllis get to her or the health of their unborn baby on numerous occasions, Christine won’t listen. In refusing to back down, her stress level and blood pressure climbs. This causes Chris to go into premature labor and eventually she loses the baby. A highly emotional Christine puts full blame on Phyllis for her painstaking loss.

We are also hearing rumors that Christine plans a highly destructive mission to take Phyllis out once and for all. Of course, this highly emotional time for Paul and Christine will put distance between the couple as each mourn their loss separately rather than lean on each other for comfort and support.

Paul is rumored to seek comfort from his long time friend Nikki Newman [Melody Thomas Scott]. Nikki herself has had many issues to deal with over the past year. The two old friends will try and rescue each other from their grief.

Do you think Christine and Paul’s marriage will be able to survive this devastating loss to their family?  Should Christine finally be able to put her hatred of Phyllis behind instead of seeking more revenge?  It will be very interesting to see how this storyline plays out. Come back to CDL often for all your The Young and the Restless spoilers, news and rumors.