‘The Young and the Restless’ Spoilers: Kevin’s Digging Leads To Danger – Kyle Still a Viable Suspect in Austin’s Murder 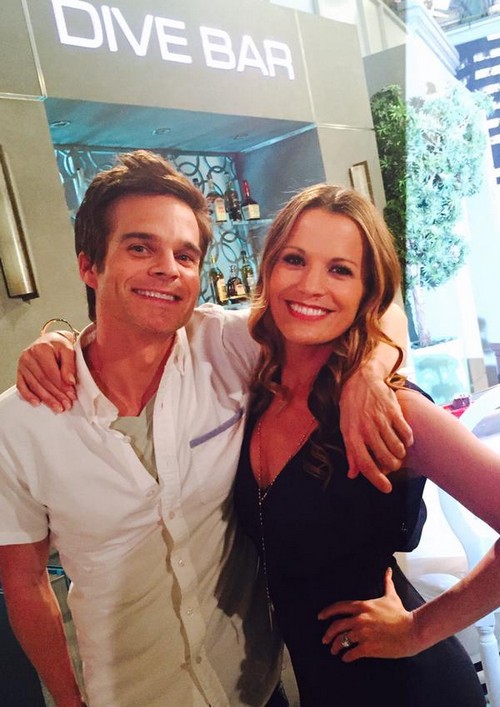 “The Young and the Restless” spoilers tease that Kyle (Lachlan Buchanan) will make a move on Summer (Hunter King). Kyle conveniently showed up in Genoa City right after Austin’s (Matthew Atkinson) murder and he’s been growing closer to Summer ever since. Some have speculated that Kyle might have wanted Austin out of the picture so he could get back together with Summer. While other suspects have emerged, Kyle shouldn’t be counted out just yet. Even if Kyle didn’t do the deed, he may know more than he’s letting on. After all, Kyle left a threatening message on Sharon’s (Sharon Case) mirror. Though he claimed he wanted to “ferret her out,” it’s possible that Kyle just wanted to shift the suspicion back to Sharon.

Sharon undoubtedly wanted to keep Austin’s documentary quiet, but that doesn’t necessarily mean she’s responsible for his death. For all we know, Kyle could have killed Austin while Sharon was trying to delete the footage from his computer. Then again, maybe Kyle is just capitalizing on the opportunity to cozy up to Summer now that Austin isn’t around. Whether Kyle murdered Austin or not, there’s something decidedly off about that guy. Most Y&R viewers agree that there’s probably more to Kyle’s story.

Other “Young and the Restless” spoilers hint that Kevin (Greg Rikaart) will land in some hot water for everything he’s been digging up. Someone obviously doesn’t want the secrets in Austin’s documentary to get out and he or she is going to great lengths to keep everything quiet. It’s clear that Kevin is putting the pieces of the puzzle together and that could mean bad news for the whole gang. Abby (Melissa Ordway) was already attacked in the park and Kevin could be next if he’s not careful. The rumors say that Courtney (Kelli Goss) could be the killer’s next victim so it seems no one is safe. Will Austin’s murderer strike again? Stick with CDL for “Young and the Restless” updates as the mystery continues to unravel.

So Y&R fans, what do you think about Kyle making a move on Summer? Could Kyle have murdered Austin with Summer in mind or are they just bonding through the aftermath of Austin’s death? Is Sharon still at the top of your suspect list? Will Kevin keep digging despite the new threat that’s about to emerge? Let us know what you think in the comments below and don’t forget to check CDL tomorrow for the latest “Young and the Restless” spoilers, rumors, updates and news.