‘The Young and the Restless’ Spoilers: Is Kyle the One in the Confessional – Victor Working With Kyle to Destroy Jack? 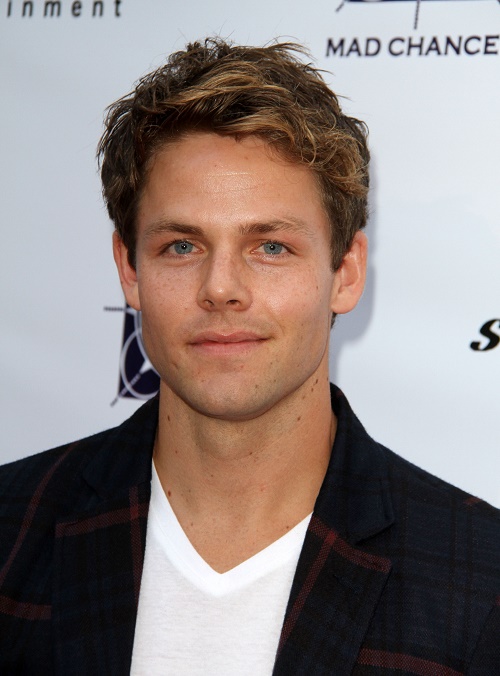 “The Young and the Restless” spoilers hint that history may be coming back to haunt Jack Abbott (Peter Bergman). Longtime Y&R fans know that Jack had an on-again-off-again relationship with Diane Jenkins (Maura West). Of course, Diane fell for Victor (Eric Braeden) at one point as well. Diane even secretly had Victor’s sperm implanted—or so she thought. It was later revealed that Nikki’s (Melody Thomas Scott) switcheroo resulted in Jack being confirmed as the father of Diane’s baby boy. That baby grew into the young man we now know as Kyle Abbott (Lachlan Buchanan).

Diane kept Kyle’s whereabouts a secret from Jack for many years and made life miserable for nearly every Genoa City resident. Phyllis (played by Michelle Stafford at the time) had a long-lasting feud with Diane that resulted in Phyllis being framed for murder and arson. Jack believed Phyllis was innocent and did whatever he had to do to make sure she was exonerated. Jack even slept with Diane as part of the plan. (Way to take one for the team, Jack.) In the end, Phyllis was cleared and Jack used the evidence he found to blackmail Diane into giving him custody of Kyle. Eventually, Diane got custody once again and the feud continued. In the end, Diane blackmailed practically the whole town and she knew someone was bound to take her out. Diane signed over custody of Kyle to Victor and a short time later, she was murdered by Patty Williams Abbott (Stacy Haiduk).

Flash forward to now and it’s easy to see why Kyle would have a connection to Victor along with a grudge against the Abbotts. The latest “Young and the Restless” rumors say that Kyle could be the one who’s been chatting with Victor in the confessional. Perhaps Kyle wants Jack stripped of everything just as much as Victor does. We have to remember that Kyle came back on the scene at almost the exact moment Victor’s scheme was put in motion.

Kyle also just happened to pop by Victor and Jack’s hospital room where he apologized to Victor for his immature behavior over the years. Could his apology have been a way to make sure Jack didn’t suspect anything? We’ll have to wait and see, but it’s definitely possible that Kyle wants to avenge his mother’s death. There’s no better way to do it than teaming up with Victor. Nevertheless, Kyle should watch his back. If there’s one thing “Young and the Restless” viewers know, it’s that Victor Newman can’t be trusted.

So Y&R fans, what do you think about the news that Kyle may be in cahoots with Victor? Does Kyle want revenge on Jack and the whole Abbott family? Should Kyle be leery of teaming up with someone as ruthless and sneaky as Victor? Let us know what you think in the comments below and don’t forget to check CDL tomorrow for the latest “Young and the Restless” spoilers, rumors and news.