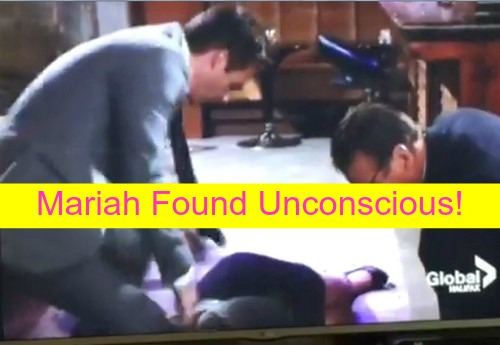 The Young and the Restless (Y&R) spoilers for Tuesday, October 27, tease that Ashley (Eileen Davidson) won’t be too pleased by Stitch’s (Sean Carrigan) plans. After learning that Stitch intends on proposing to Abby (Melissa Ordway), Ashley will lash out in anger. In the preview video, Ashley indicates that she’s got a big problem with Stitch asking Abby to marry him. In fact, Ashley finds it downright disturbing.

After all, it wasn’t too long ago that Stitch was gazing longingly at Ashley and suggesting that he couldn’t get her off his mind. Now Stitch is ready to head to the altar with Ashley’s daughter. Even for Genoa City, that’s pretty messed up. In spite of what he said before, Stitch will likely insist that he cares about Abby and he wants to start a life together.

Ashley may be trying to convince herself that she’s just looking out for Abby, but it’s easy to see she has some lingering feelings for Stitch. The question is: will Ashley act on those feelings? Down-the-road spoilers hint that Ashley will be forced to admit she wants the good doctor for herself. It sounds like this could be bad news for Ashley and Abby’s relationship.

Meanwhile, Victor (Eric Braeden) will offer Jack (Peter Bergman) his gratitude. Perhaps Victor will thank Jack for being a friend to Adam (Justin Hartley) while he was posing as Gabriel. In Monday’s episode, Victor believes Billy (Burgess Jenkins) is responsible for the hit and run that seriously injured Adam. However, Victor will soon understand that the Abbotts aren’t always enemies. Jack has proven that through his friendship with Adam. 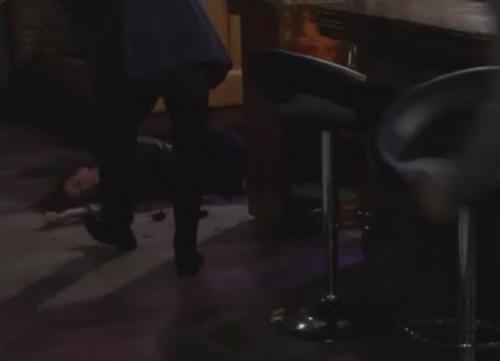 Finally, there’ll be major trouble at The Underground. “The Young and the Restless” spoilers say Kevin (Greg Rikaart) and Paul (Doug Davidson) will discover Mariah (Camryn Grimes) unconscious on the floor. It’s not clear what will cause Mariah to go down for the count, but they’ll both try to get her the help she needs. Was Mariah attacked?

Y&R rumors hint that Mariah will be OK, but it should give Kevin quite a scare. Could Kevin realize he still cares about Mariah as more than just a friend? It’s a tough call since they didn’t really hit things off in the bedroom. Nevertheless, these two will undoubtedly remain close no matter what. Stick with “The Young and the Restless” for updates on what’s ahead for Kevin and Mariah.

So Y&R fans, what do you think about Ashley ripping into Stitch for his plan to propose to Abby? Will Victor thank Jack for supporting Adam in his time of need? What could be wrong with Mariah? Let us know what you think in the comments below and don’t forget to check CDL often for the latest “Young and the Restless” spoilers, rumors, updates and news.