‘The Young and the Restless’ Spoilers: Michael Baldwin Prepares For Death – Faith Catches Nick With Sage 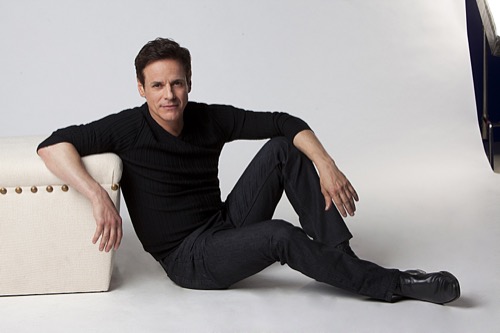 “The Young and the Restless” spoilers tease that Wednesday, January 21 will be another day of drama in Genoa City on the CBS soap. Y&R rumors have been floating around for quite a while claiming that Michael Baldwin is exiting the soap and Christian LeBlanc’s character will be killed off with cancer. According to “The Young and the Restless” spoilers for Wednesday’s episode of the CBS soap, Michael finally goes to get treatment. However, afterwards, he has a secret conversation with his brother, Kevin, and announces that he has made him the executor of his will.

If Michael went to go get treatment, we’re not sure why he is suddenly fretting over his will – unless he lied and ever actually went to the doctor’s office for chemotherapy. In other “The Young and the Restless” news, Lily, Hilary, and Devon’s trip hits a snag on Wednesday, January 21. Spoilers tease that Devon hides in the bathroom of Hilary’s hotel suite while she informs Lily that she has changed her mind and she doesn’t want children with Neil.

Naturally, Lily tries to guilt her step-mother and warns her that not giving Neil a baby could drive him to start drinking again. But, Hilary’s announcement that she is not having a baby with Neil is exactly what Devon wants to hear and after Lily leaves he and Hilary celebrate with another illicit romp in the bed.

“The Young and the Restless” spoilers for January 21 tease that Y&R fans can expect to see Sage and Nick Newman grow closer – much to Faith’s disapproval. The pint-size drama starter calls her mother Sharon in a huff and informs her that there is a woman running around her father’s house half naked. Also, Sharon has another chat with Chelsea who encouraged her once again to “fight dirty” in the custody case over Faith. But Sharon insists that she is still in love with Nick, despite everything that he has done, and she doesn’t want to hurt him.

So, Y&R fans, do you think that Michael is really getting treatment or lying about it to pacify his loved ones? How much longer can Devon and Hilary really carry on before someone finally catches them? Do you think that Sharon will win custody of Faith? Is there any chance of her and Nick getting back together? Let us know what you think in the comments below and don’t forget to check CDL tomorrow for more “The Young and the Restless” spoilers and news.