The Young and the Restless Spoilers: Dylan’s Life In Danger, Avery Fantasizes About Joe, Summer and Fen Fight 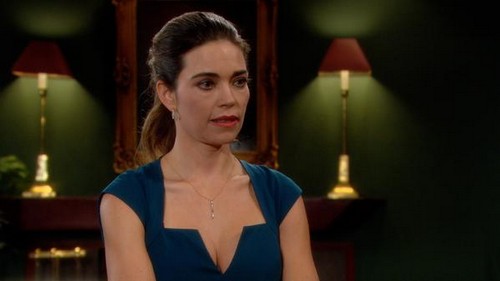 “The Young and the Restless” spoilers and news tease that the week of January 19 – 23 will be full of exciting episodes of the CBS soap. Since Y&R coming and goings confirmed that Avery’s ex Joe Clark was headed to Genoa City, rumors have been floating around that she would cheat on Dylan McAvoy (Steve Burton) with her ex-hubby. And, judging from “The Young and the Restless” spoilers for the week of January 19th, that is a very real possibility. Spoilers tease that Avery will spend next week fantasizing about Joe, and meanwhile Dylan receives more threats – and surprise, surprise, it looks like Joe (Scott Elrod) is behind them.

According to “The Young and the Restless” spoilers, there will also be some romance in the air during the week of January 19-23. While Adam Newman/Gabriel pines for Chelsea (Melissa Claire Egan) from a not-so-safe distance, she opens up to her new neighbor about her husband that passed away, and Delia. Meanwhile, Y&R spoilers also tease that Sage and Nick Newman grow closer. Although Adam (Justin Hartley) originally ordered Sage to just get information from Nick, it is becoming pretty obvious she has real feelings for him. It’s been a while since Y&R fans got to see one of Lily and Cain’s classic bedroom scenes – and spoilers tease the dynamic duo will be back in the bedroom on January 23.

“The Young and the Restless” spoilers in the latest edition of Soap Opera Digest tease that on January 22 Summer and Fen get into an epic fight over her hubby Austin. Also, Chelsea and Sharon (Sharon Case) continue to bond over Sharon’s custody case woes – and it looks the two women are actually becoming real friends. During the week of January 19th spoilers also tease fans can also expect to see Phyllis and Kelly’s feud reach a whole new level when Phyllis (Gina Tognoni) threatens Kelly and reveals she is seriously dangerous.

So, Y&R fans, do you think Avery is going to end up cheating on Dylan with Joe? Why do you think Summer (Hunter King) and Fen are fighting over Austin? Is Gabriel doing too much – is he going to blow his cover to Chelsea? Are Sage and Nick Newman (Joshua Morrow) the next “it” couple in Genoa City? Let us know what you think in the comments below and don’t forget to check CDL tomorrow for more “The Young and the Restless” spoilers and news.