The Young and the Restless Spoilers: Is Sharon Case Fired From Y&R, Punished For Being Michael Muhney’s Friend?

BY Amanda Austin on May 8, 2015 | Comments: 44 comments
Related : Soap Opera, Spoiler, Television, The Young and the Restless 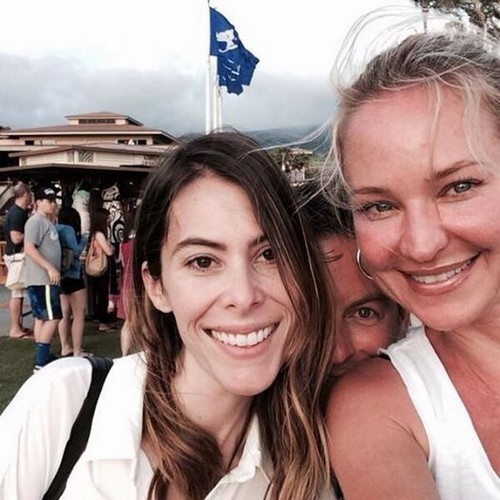 “The Young and the Restless” spoilers and rumors have been teasing for months now that Sharon Case is exiting the CBS soap, fired from Y&R, and iconic character Sharon Newman could be leaving Genoa City for good. Sharon Case’s rumored exit is based purely on soap opera politics and behind-the-scenes drama since nobody questions her talent as an actress. So far neither Sharon Case nor the producers at “The Young and the Restless” have confirmed her exit – but the rumors don’t seem to be dying down, and Sharon keeps giving fans more and more reason to believe that there may be some truth to them.

“The Young and the Restless” spoilers teasing that Sharon Newman was leaving Genoa City really heated up last month when the actress didn’t show up to the 2015 Daytime Emmy Awards and only appeared at the After Party. The May 18 edition of Soap Opera Digest reveals, “Recent buzz that Y&R’s Sharon Case could be the next to leave the soap picked up steam when the actress was a no-show at the Daytime Emmy Awards ceremony.” A Y&R spokesperson informed Soap Opera Digest that the rumors about Sharon Case exiting are not true – but we’re not completely buying it just yet.

Sharon Case’s schism from her fellow cast-members and the producers at “The Young and the Restless” began in 2013 during the Michael Muhney scandal. Sharon Case publicly stood by Michael Muhney, who was a close friend of her’s in real life – despite the drama over sexual harassment allegations and his unjust firing. Since Sharon stood by Michael Muhney, she has been involved in a rumored feud with show patriarch Eric Braeden. Eric Braeden vehemently denied he was trying to get Sharon Case fired on Twitter – but that didn’t stop him from retweeting negative comments from fans about the actress. A Y&R spokesperson may be denying Sharon’s exit right now, but we all know that could change at the drop of a hat. How many times have reps from soaps denied casting news, and then issued a press release confirming them a few days later?

What do you think Y&R fans, is Sharon Case leaving the CBS soap? Do you think that she has been dealt some less-than flattering storylines as of late? This is the same nasty business TPTB pulled on Michael Muhney’s character Adam Newman when they decided to fire him. Will the producers recast the role of Sharon Newman if she is fired? Is Sharon Case being punished for defending Michael Muhney and being true to her good friend? Is Jill Farren Phelps behind this latest scandal? Let us know what you think in the comments below and don’t forget to check CDL tomorrow for more “The Young and the Restless” spoilers and news.