The Young and the Restless Spoilers: Survivor Winner Jeremy Collins Appears on Y&R with Joe Anglim

BY Chrissie Williams on December 19, 2015 | Comments: one comment
Related : Soap Opera, Spoiler, Television, The Young and the Restless 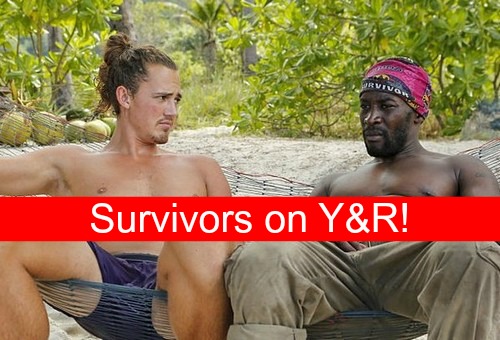 “The Young and the Restless” spoilers tease “Survivor: Second Chances” castaways Joe Anglim and Jeremy Collins will appear on the CBS soap opera. Soap Central revealed the reality television stars would appear in the daytime drama in mid-January.

“Survivor” contestant, Joe and Jeremy, taped a guest appearance on “Y&R” just hours after Jeremy Collins was crowned the winner of Survior Season 32 on Wednesday, December 16. Collins and Anglim will portray Coffeehouse customer who will interact with Joshua Morrow [Nick Newman].

The reality show’s host, Jeff Probst implied that Joe’s fans will see much more of him in the coming months. Could that mean the reality star will be doing more work for CBS? Time will tell as CBS hasn’t revealed any other appearances, but the “Y&R” guest slot.

Jeremy received many congratulations after he secured the big win [and million-dollar check]; however, the one tweet that excited him the most was from “Y&R” Joshua Morrow. Joshua tweeted to Jeremy’s official account, “Best season of ‘Survivor’ ever…. been a huge fan for 31 seasons & will forever be one. Love it when the right person wins! Atta boy Jeremy!”

Jeremy Collin earned a check for $1 million bucks when he took home the win for the sole survivor. Jeremy nabbed all 10 jury votes, giving him a unanimous jury decision. The “Survivor: Second Chances” winner begged the jury members to give him the win, so he can give his family a better life.

Jeremy explained that with three children, and a devoted wife, he wanted to provide for them in a way he never expected he could. His first plan was to save money for his kid’s college education and take his wife on a specular vacation. Jeremy noted, “There are a lot of things that I’ll do with the money; it will be all about helping my family.”

CBS hasn’t released the exact date that the former “Survivor” castaway’s episode will air. Given the show tapes about four weeks ahead, it should air in mid-January. “The Young and the Restless” fans, how do you feel about Joe Anglim and Jeremy Collins making a cameo appearance in the CBS daytime drama?
Don’t forget to check back later for CDL’s juicier “The Young and the Restless” spoilers, news, and updates!

Best season of Survivor ever….been a huge fan for 31 seasons & will forever be one..love it when the right person wins! Atta boy Jeremy!