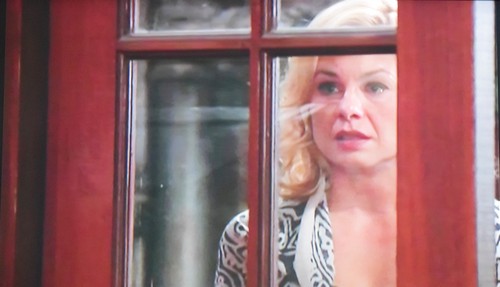 “The Young and the Restless” spoilers for Wednesday, June 10, reveal that Victor (Eric Braeden) will become concerned that Jack’s (Peter Bergman) doppelganger is going to betray him. Victor will fill in Victoria (Amelia Heinle) about his suspicions and she’ll wonder what changed. Victor will reply he got information on a recent withdrawal of funds, but they’ll agree to keep it under wraps for the time being. Later, fake Jack will give his answer to the captain about whether the real Jack lives or dies.

Phyllis (Gina Tognoni) will be suspicious about the circumstances surrounding Avery’s (Jessica Collins) disappearance. Paul (Doug Davidson) won’t be so sure that something sinister has occurred. Phyllis will make it clear to Summer (Hunter King) and Kyle (Lachlan Buchanan) that she feels Joe (Scott Elrod) had a hand in what happened to Avery. As Phyllis vows to uncover the truth, Sharon (Sharon Case) will try to diffuse the situation between Joe and Dylan (Steve Burton). Dylan will be concerned that Joe is hiding Avery in his room, but Joe won’t agree to let him look. Paul will call Dylan and inform him that Avery’s abandoned vehicle has been found by the lake. 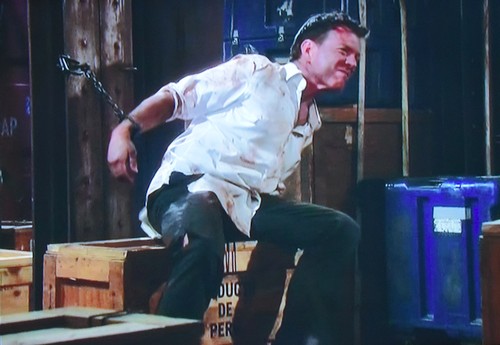 Dylan will arrive at the police station with Joe. Paul will ask Joe some questions about what went down with Avery. Joe will say that he wanted to surprise Avery by showing her he could walk, but she found out before he could spring it on her. Much to Phyllis’ dismay, Paul will let Joe go free. However, Paul will make it clear that he intends to keep a watchful eye on Joe until this mess gets sorted out.

Avery will show up alive and well at Crimson Lights. Dylan will ask Sharon to give him a few moments alone with Avery so they can talk. Dylan will be thankful that Avery’s OK and he’ll wonder what happened. Avery will spill the story and explain how her car broke down in the process of trying to get away. Dylan will see that Avery’s arm is bruised and she’ll say that this wasn’t the first time Joe has gotten physical with her. Avery will insist that she needs to leave Genoa City. Meanwhile, Phyllis will berate Joe at the athletic club. Sharon will defend Joe and tell them both that Avery is fine. 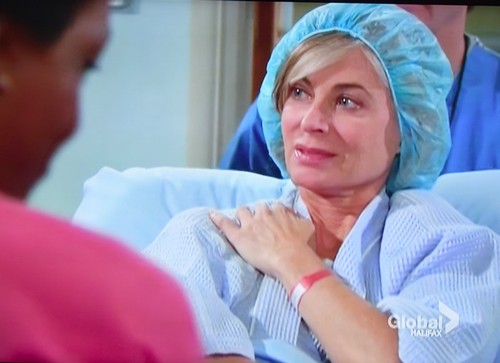 Other “Young and the Restless” spoilers tease that Billy (Burgess Jenkins) will come to the hospital and get updates on Ashley’s (Eileen Davidson) brain aneurysm from Stitch (Sean Carrigan). Ashley will get confirmation that she needs surgery right away but she’ll continue to be fearful of the outcome. Abby (Melissa Ordway), Stitch and Billy will all pressure Ashley to have the operation. It’s risky, but it’s riskier to let this brain aneurysm go untreated.

As Ashley heads into surgery, Victoria and Abby will have a chat about Stitch. Victoria will confess that she knew from the get-go that her relationship with Stitch wasn’t meant to last. Victoria will hint that someone else was getting in the way. Abby will indicate that what she has with Stitch is the real deal. Billy will eavesdrop on the conversation and he’ll talk to Victoria about it. They’ll make plans to meet up once Ashley’s health crisis is resolved and they’ll pull each other close for a hug. Stitch will emerge and say that Ashley’s surgery went well. Nearby, fake Jack will tell Kyle and Billy that he has a plan to overthrow the king and take back the company for the Abbotts. 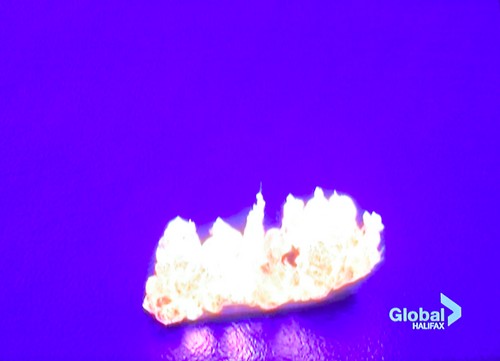 While Marisa (Sofia Pernas) keeps the captain busy in his cabin, Jack will try to get out of his shackles. Jack will struggle until he imagines Phyllis encouraging him to return to her. Once Jack is loose, Marisa will appear and say that the captain is sleeping. Marisa will give Jack the news that someone from Genoa City’s area code paid his ransom. Jack will believe that someone could’ve been trying to save him from back home. The captain will call for Marisa and tell her that the bidder wants Jack alive. After Jack starts a fiery blaze, he’ll make a run for it with Marisa. Suddenly, the cargo boat will explode! However, Y&R viewers shouldn’t worry too much. The rumors say that Jack will soon make his way back to Genoa City for revenge on Victor and the impostor. Stay tuned to the CBS soap to see if Jack will finally get vengeance for everything he’s been through.