The Young and the Restless Spoilers: Fake Jack Awakens With Amnesia, Falls in Love With Ashley – Betrays Victor’s Plans

BY Cheri Magistro on May 9, 2015 | Comments: 6 comments
Related : Soap Opera, Spoiler, Television, The Young and the Restless 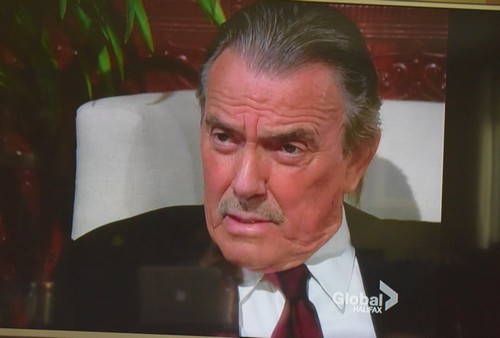 The Young and the Restless Spoilers are ready to heat up again as breaking new teasers are soon to be released on Y&R! Hold on to your seats, as the news about the next upcoming storyline gets kind of AWKWARD! We are hearing, that when Fake Jack [Peter Bergman] awakens from his medically induced coma, he will have amnesia and his memory will be slightly altered. While his new bride Phyllis [Gina Tognoni] is so thrilled to have her new hubby back in the land of the living, Fake Jack has no recollection of her relationship to him. The Y&R doctors tell his concerned family, temporary memory loss is common in these types of head trauma cases. Phyllis can’t helped to be extremely concerned knowing what it’s like to be in a coma since she was in one not so long ago herself (which she went into while she was Michelle Stafford).

But hold on fans because it wouldn’t be The Young and the Restless if the situation didn’t deteriorate and get much worse… fast! In other unexpected Fake Jack news, apparently once he notices Ashley [Eileen Davidson], his sister sitting by his bedside, he is rumored to develop a school boy crush and can’t keep his eyes off the stunning beauty! So let’s gets this straight, basically, Fake Jack’s memory of his married time with Phyllis has been replaced by his new attraction to his little sister Ashley! Can we say AWKWARD?!

This gets more bizarre as Fake Jack returns home from his hospital stay and the shenanigans continue. When Ashley realizes what is going on with her brother’s new infatuation with her, she is rumored to take full advantage of the situation and her position in her brother’s good graces. We learn as the flirting takes off on a new direction, Fake Jack is much too happy to give his new lady friend the low down on Victor [Eric Braeden] and his plans for the newly merged Newman Abbott.

Of course when Ashley confronts a power hungry Victor that she knows all about his hostile takeover plans, he automatically puts all the blame on Fake Jack’s delicate mental condition. The Moustache is certain that no one could trust one single word Fake Jack is spewing out! Already here we can see what CDL predicted a couple of times – Victor will be captured and entrapped in a web spun of his own evil machinations – yes Mr. Newman will be hoisted by his own petard.

Will Ashley finally bring Victor down to his knees or will the Black Knight continue to manipulate the situation even further? If Victor’s past record has any indication on his future, I say Victor will worm his way out of this some how yet again. But let’s not forget about the real Jack Abbott. Our bets are on him in the longer run! Hopefully Jack his prison guard Kelly [Cady McClain] to convert to his side and double cross The Moustache once and for all. Let’s hear what our SOS readers think, #TeamVictor or #TeamJack?! Come back to CDL for more The Young and the Restless spoilers, updates and news soon!