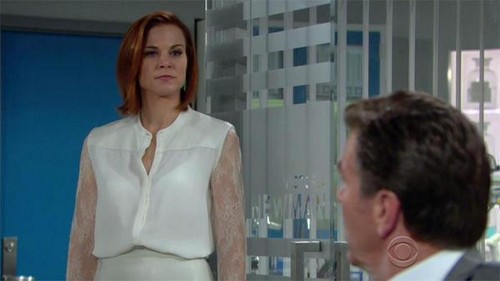 “The Young and the Restless” spoilers for the week of June 15-19 tease that several Genoa City residents will do whatever it takes to get what they want. On Monday, Ashley (Eileen Davidson) will reluctantly join the fight to bring down Victor (Eric Braeden). Of course, we know that even the best laid plans often go awry on “The Young and the Restless.” Kyle (Lachlan Buchanan) may end up revealing a tad too much of the Abbott family’s scheme to Summer (Hunter King).

On Tuesday’s episode, Phyllis (Gina Tognoni) will demand answers from fake Jack (Peter Bergman). Phyllis’ suspicions are steadily increasing and fake Jack will have to find a way to placate her. Joe (Scott Elrod) will rip into Avery (Jessica Collins) for everything that’s happened between them. Meanwhile, Hilary (Mishael Morgan) and Devon (Bryton James) will argue over what lies ahead in their relationship. You can also expect Michael (Christian LeBlanc) to get a soapy slap courtesy of Lily (Christel Khalil).

“The Young and the Restless” spoilers for Wednesday reveal that Chelsea (Melissa Claire Egan) will be at the end of her rope. Chelsea and Gabriel (Justin Hartley) have agreed to take things one day at a time, but Gabe always finds a way to rile Chelsea. Gabriel will try to remain calm and keep his true identity under wraps. Gabe has been successful so far, but it’s becoming more difficult for him to hide his “Adam-ish” behavior. The rumors say the big reveal is drawing near so Y&R viewers will want to stay tuned.

On Thursday, Neil (Kristoff St. John) will continue to bond with Nikki (Melody Thomas Scott) as Avery receives some assistance from someone unexpected. Mariah (Camryn Grimes) will also tell Dylan (Steve Burton) to treat Sharon (Sharon Case) right—or else. On Friday, Victor will take the necessary steps to protect his family and his legacy. Little does Victor know that Jack is headed back to Genoa City with vengeance on his mind. Stick with the CBS soap to see if Jack will get sweet revenge.

So Y&R fans, what do you think about all the action happening this week? Will Kyle’s lack of discretion mean bad news for the Abbotts? Will Victor get updates on their plan? What about Jack’s triumphant return? Is Victor in for the shock of his life? Let us know what you think in the comments below and don’t forget to check CDL tomorrow for the latest “Young and the Restless” spoilers, rumors, updates and news.