The Young and the Restless Spoilers: Jack Works With Marco For Revenge on Victor – Flack Reunites with Marisa or Dies? 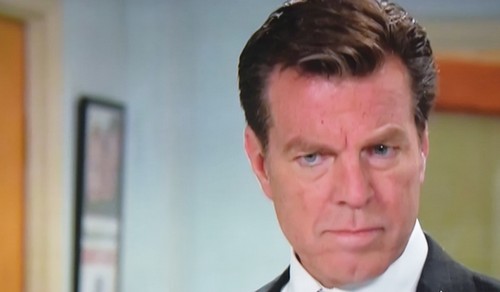 “The Young and the Restless” spoilers tease that Jack (Peter Bergman) will make his way back to Genoa City with vengeance on his mind. Jack has been on quite the adventure thanks to Victor’s (Eric Braeden) evil plot to destroy him. However, Victor’s grand plan could soon backfire in a big way. Many Y&R fans were predicting that the real Jack’s knowledge of Gabriel’s (Justin Hartley) true identity would save him. However, now the impostor knows the truth as well, which means we have to explore some other options of what’s about to go down. Besides, Jack seems to be doing a pretty good job of saving himself at this point. The latest “Young and the Restless” rumors are hinting that Jack could team up with his doppelganger to beat Victor at his own game.

When you think about it, this would be a genius idea. Fake Jack aka Marco has certainly caused plenty of trouble, but Victor is the only reason that he was able to wreak such havoc. Marco had probably reached his breaking point in that Peruvian prison. Victor suddenly picked this guy up from the pit of despair and offered him everything on a silver platter. All Marco had to do was obey Victor’s orders and he got a high-powered job, a smokin’ hot wife and more money than he knew what to do with – and freedom! Who could blame Marco for jumping at the chance for a plushy fresh start? Jack will likely understand that Marco was simply a pawn in the scheme and remember that his real beef is with Victor. Most “Young and the Restless” viewers would love the opportunity to see Jack get payback for everything he’s been through.

Marco has recently gone rogue and he could easily become Jack’s partner in this battle to turn the tables. Now that Marisa (Sofia Pernas) is in the picture, maybe Jack could offer Marco yet another fresh start with his love. Once all this Victor business is wrapped up, Marco and Marisa could happily ride off into the sunset while Jack resumes his life in Genoa City. Of course we still don’t know if and to what extent Marco was involved in the Cabin Killer mystery and if he is a murderer – naturally this will make a difference in his ultimate Y&R fate. And then there is the little detail of Marco sleeping with Phyllis unde false pretences all this time Jack’s been away….

Of course, there’s another scenario that wouldn’t end nearly as well for poor Marco. Let’s say Jack and Marco take a cue from “The Parent Trap” and start pulling some “switcheroos.” Victor could realize that Jack was back in town and have him killed only to find out he’s killed his cohort by mistake. Alas, many doppelgangers meet a deadly fate on soaps and Marco may be a casualty of war. Stick with CDL for updates on how this impostor storyline will finally end.

So Y&R fans, what do you think about the news that Jack will return to Genoa City looking for revenge on Victor? Will Marco help Jack achieve his goal? Will Marco and Marisa reunite or will Marco get caught in the crossfire? Let us know what you think in the comments below and don’t forget to check CDL tomorrow for the latest “Young and the Restless” spoilers, rumors, updates and news.