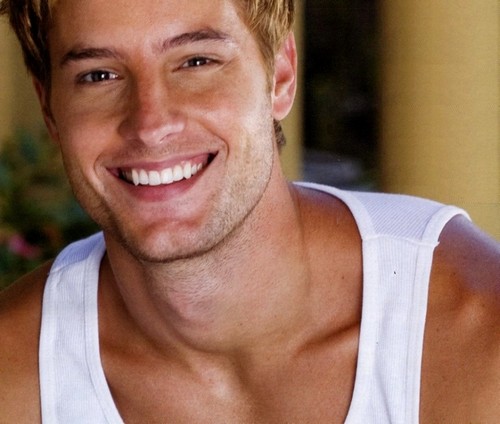 “The Young and the Restless” spoilers tease that Gabriel (Justin Hartley) will decide to come forward with a shocking secret. However, if you’re hoping Gabe is going to reveal he’s actually Adam, you’re going to have to wait a little longer. Instead of coming clean about his true identity, Gabriel will choose to add to his long list of lies by backing up fake Jack’s (Peter Bergman) story. Gabriel will confess that he’s Jack Abbott’s son. While it may not be the reveal “The Young and the Restless” fans have been waiting for, it’s definitely going to make some big waves within the Abbott family.

First of all, we have Billy’s (Burgess Jenkins) reaction to consider. Gabriel and Billy have been on each other’s last nerve over the last few months, but they’ve decided to put aside their differences to bring down Victor (Eric Braeden). “The Young and the Restless” spoilers hint that Billy will wonder why Gabriel is willing to risk so much to go along with fake Jack’s plan. It looks like Billy’s questions will get him some surprising answers. When Gabe says he’s Jack’s son, Billy will be in utter disbelief. Billy already hated Gabriel and his hatred will probably only increase when he learns he’s related to him.

We also have Kyle (Lachlan Buchanan), who will suddenly get a new brother. Of course, Kyle’s pretty busy trying to keep Summer (Hunter King) from whining and digging around. Ashley (Eileen Davidson) will certainly be shocked as well, but the main reaction we all want to see is Chelsea’s (Melissa Claire Egan). Gabriel has had a hard time building Chelsea’s trust and now he’ll be starting back at square one. On the plus side, at least Gabe will satisfy Chelsea’s suspicions for the time being. Still, Chelsea will undoubtedly be hurt that Gabriel wasn’t honest with her.

Of course, this ruse will blow up in Gabriel’s face when Chelsea realizes that he’s lied about who he was not once, but twice. Gabriel isn’t really a Bingham and he isn’t really an Abbott. When Gabriel eventually admits he’s Adam Newman, Chelsea will likely have a tough time believing it. The rumors say we’re in for quite a shouting match when Adam is forced to spill the dirty details.

We also can’t forget that the real Jack will soon come back into play and it’ll likely throw Gabe for a loop. Nevertheless, the truth has to come out at some point and it’ll totally change the game once again. For many Y&R viewers, the big reveal can’t come fast enough. Stick with the CBS soap to see what will happen when Gabriel’s true identity is finally exposed.

So Y&R fans, what do you think about the news that Gabriel will tell everyone he’s an Abbott? Will the family buy the updates to Gabe’s story? What will happen when they all find out Gabriel is actually Adam? Will the fact that Adam lied twice make the whole town hate him even more? Let us know what you think in the comments below and don’t forget to check CDL tomorrow for the latest “Young and the Restless” spoilers, rumors, updates and news.