The Young and the Restless Spoilers: Will Victor Newman Escapes Jail and All Consequences For His Crimes If Marco Dies?

BY Janette E Smith on June 16, 2015 | Comments: one comment
Related : Soap Opera, Spoiler, Television, The Young and the Restless 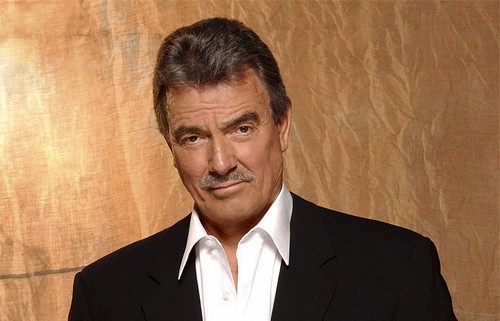 The Young and the Restless spoilers have some bad news for those Y&R fans who are expecting The Moustache to pay for his many sins these last few months! For over 30 years Victor Newman [Eric Braeden] has been a driving force on CBS’s Young and the Restless and for 30 + years he has gotten away with everything he has put his greedy hands on, which he will claim over and over was for the good of his family.

Victor was born poor and left in an orphanage so he has this inner drive that makes him not want to ever be abandoned or poor again. The problem is everything he does makes his family want to abandon him, but in the end all is forgiven. In the latest Victor Newman storyline Victor’s hate, envy and rivalry for Jack Abbott [Peter Bergman] hit an all time high – why does Victor feel so strongly in a negative sense about Jack Abbott? Jack’s late Niece Colleen’s [Tammin Sursok] heart is pounding inside of him after her sudden and early death – so you would think accepting a teen’s heart from your so called “enemy’ would trump all hate and negative feelings. Yet Victor still has a negative drive that is relentless towards Jack Abbott and no one really knows why.

Victor is a sociopath and megalomaniac: from his insatiable need for power and greed to the portrait of himself hanging in his own office, Victor simply does not care about other people’s feelings. His latest plan to take over Jabot cosmetics is probably his most ruthless yet involving kidnap, theft, impersonation and possibly murder and certainly death. Vic’s greed has now driven him to do unconscionable things… well unconscionable at least to a regular person who bleeds red.

Victor schemed together with a mentally unstable Kelly Andrews [Cady McClain] and with a hardened criminal Marco Anicelli [Peter Bergman]. Victor had been visiting the Jack Abbott look alike in a Peruvian Prison for awhile preparing for his horrible crimes. But the events of late show a sea change and have Victor going head to head with the monster he brought to the States, Marco Anicelli. Marco had his own agenda from the beginning and CDL suspects this agenda did not include a living Victor nor Jack alive either. All hell has broken loose!

Marco has been setting Victor up since the day they started working together so how will Victor get out unscathed? CDL believes the Y&R writers can’t have Victor found guilty of kidnapping, industrial espionage, theft, possible murder, conspiracy and a host of other felonies – there is no plea bargaining that down to a level where the old Moustache is not spending years and years in federal prison. Thus we propose that Y&R have set up an out for Victor to yet again get away with his crimes.

How will Victor get away with kidnapping Jack? First of all, all Jack really knows is that crazy Kelly was alive and not dead like Victor wanted everybody to think. Kelly supposedly kidnapped him and she tied him to the bed, torturing, starving and drugging him to win his undying love in a fantasy marriage – Jack never saw Victor, never heard his voice etc. and Kelly is now dead! Good for Victor and bad for Jack in terms of evidence. Jack cannot prove Victor was behind the heinous acts that were visited upon him via crazy Kelly and orchestrated by Victor. The prime witness is gone, dead and buried – silenced forever.

Will anyone believe Jack when he finally tells his story about Kelly being alive and holding him hostage? Only Marco really knows the truth, the whole story, apart from Victor of course. Marco Anicelli HAS to end up dead because like the drug lord said in the previews to Victor: “You and I are the only ones who know who I really am.”

Of course Anicelli will try to kill Victor but not succeed – BUT someone will succeed in killing Anicelli and Victor will once again be home free, the sole witness to Victor’s evil deeds will be dead! How would Jack prove Victor did all of this when everyone is dead who can back Jack’s story up?

Anicelli will leave a flash drive behind nailing Victor to the wall and then some so the question remains of who will be in custody of that flash drive when all of the smoke clears? Our money is on Adam [Justin Hartley]! What will Adam do with it? Basically Adam will be able to run the world and own Victor Newman… but this is another post and another story.

Stay tuned as CBS’s The Young and the Restless is starting to sizzle. What are your thoughts on Victor skating again? Do you want Victor to go to prison or are you cheering The Moustache on? Either way the character of Victor Newman will be staying in Genoa City for a very long time so just enjoy the ride. Come back to CDl often for more The Young and the Restless spoilers, rumors and news! We would love to hear your thoughts please leave your comments below.