The Young and the Restless Spoilers: Hilary Wants Devon Back – Seduces and Frames ADA Winston to Save Neil

BY Cheri Magistro on March 26, 2015 | Comments: one comment
Related : Soap Opera, Spoiler, Television, The Young and the Restless 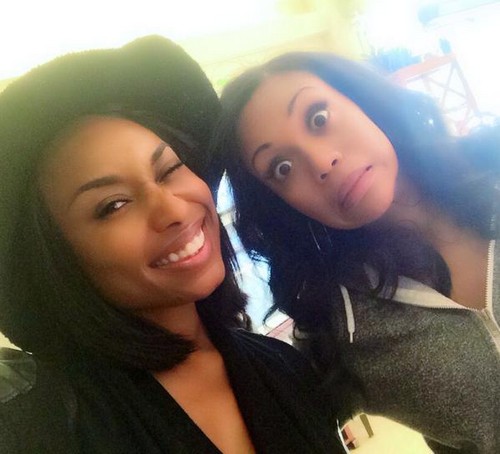 The Young and the Restless spoilers are hinting about the next victim do be taken down by Hilary Curtis [Mishael Morgan]. We have had front rows seats for many months to the sordid affair between Devon Winters [Bryton James] and Hilary. When all the dirty details of their secret affair were exposed, Neil Winters [Kristoff St. John] basically disowned his son Devon and promised he would never be able to forgive him.

Hilary feeling mainly responsible for sleeping with her hubby’s son and tearing their relationship apart, is secretly trying everything in her power to see this once loving father-son relationship get back on track. Hilary first lied to each of them about her feelings she claims she never had for either of them. Hilary admits to both Neil and Devon that she never loved them and only used them to avenge her mother Rose’s death. Hilary explained that she hurt Neil by having the memory of her in bed with his son, will continually play in his head over and over.

The newest Y&R rumors are whirling that Hilary is actually still madly in love with Devon and hopes for a future with him way down the road! She actually blames herself for hurting Neil so badly that he lost his sobriety and began drinking heavily. The guilt of also being responsible for the car accident that severally injured Christine Williams [Lauralee Bell] and killed her unborn baby girl, is eating her alive.

Hilary’s desperate to get the case against Neil’s dropped so he and Devon can continue to heal and mend their parent son relationship. The newest Young and the Restless spoilers and rumors are explaining how Hilary goes about getting the new Genoa City Assistant District Attorney assigned by the DA Christine Williams in hot water!

Hilary is willing to do whatever she can to get this case thrown out. Hilary even goes as far as seducing the hot young ADA and having incriminating photos of him taken. Winston Mobley ADA [Ryan Caltigarone] is then removed from Neil’s apparently slam-dunk case. Will Neil having his criminal case dropped and not having it go to trial be enough for Neil and Devon to start to mend their torn relationship? If Christine Williams has her way, the case against Neil will be tried no matter what!

What will Hillary’s next move be to have the charges dismissed? Maybe Neil’s best chance of having himself cleared of any wrongdoing is through his new attorney and former girlfriend Leslie Michaelson [Angell Conwell]. This will be surly interesting to see who or what can help Neil out of these unfortunate but serious charges against him. Return to CDL often for more The Young and the Restless spoilers and news!