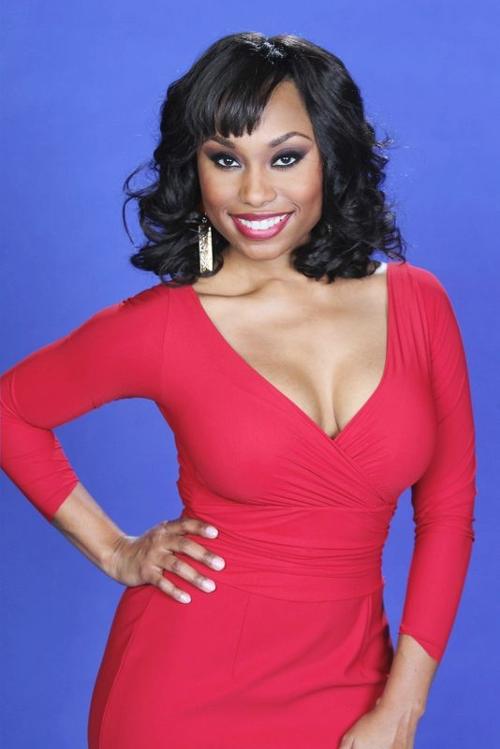 The Young and the Restless spoilers are tapping into new rumors concerning the unexpected return of a former Y&R cast member. The latest rumors are that Leslie Michaelson [Angell Conwell] is scheduled to return to Genoa City in the very near future to defend her former lover Neil Winters [Kristoff St. John].

Neil confesses to grabbing Nikki Newman’s [Melody Thomas-Scott] steering wheel, while he was heavily intoxicated, while a passenger in her car recently on the way to an AA meeting. The car than swerved causing the accident which lead to Christine Williams [Lauralee Bell] being hit and seriously injured by the out of control vehicle. A pregnant Christine was rushed to the hospital and straight into emergency surgery. Ultimately she lost her baby girl due to the injuries she sustained. Neil confessed and will now be charged with a laundry list of crimes by Chief of Police Paul Williams [Doug Davidson], who just happens to be married to Christine and was the father of her unborn child.

Leslie’s returns to The Young and the Restless after months of being Missing in Action. Last time we saw Leslie in town, she was newly married to her surgeon hottie husband Dr. Barton Shelby [Terrell Tilford] and was seeking the Assistant District Attorney position. Than like the wind, she suddenly blew out of town. Leslie returning in the position of Neil’s lawyer can possible mean more to him than just being his possible ticket to freedom. The Young and the Restless teasers are also indicating maybe a ‘rekindle of their hearts’ for the former lovers.

Neil’s life as certainly gone haywire, to say the least, since he and Leslie parted ways. Neil married a much younger woman, Hilary Cutis [Mishael Morgan] against Leslie’s advice which at first seemed to make her appear jealous. Than the explosion at the dream house Neil bought for his new bride. The accident left Neil blind for several months to only have Neil regain his vision and his first sight was his son Devon [Bryton James] in bed with his wife Hilary. Losing his sobriety along with the terrible plane crash that almost claimed his life and the life’s of his family. And now, causing the accident which claimed the life of a unborn child.

Neil finds himself overwhelmed in a real dark and lonely place. Betrayed by those closest to him namely his son Devon, wife Hilary and son-in-law Cane Ashby [Daniel Goddard] who knew about Devon and Hilary’s affair, but chose to keep quite about it. Neil blames himself for the murder of a unborn baby! Leslie will sure have her work cut out for her taking on Neil’s case. Just getting Neil on the right track again and back on the wagon will be a mission in itself for Leslie and Neil’s family.

Y&R fans can’t help but wonder, if Neil ever truly regrets breaking up with Leslie for not wanting to marry him, but not allowing their relationship to remain intact all those months ago? He claimed he needed a commitment that only a ‘marriage’ could give him. Well Neil, look what your latest marriage to Hilary accomplished, heartache, relapse, and a murder charge! Do you think Leslie will be the person who could finally get Neil out of his black hole? She surly will be taking on a huge challenge. I’m sure with many bumps along the way, Leslie will be able to clear Neil of any intentional wrong doing and possibly mend his broken heart along the way. Fingers crossed for a return of Neil and Leslie! Neslie! Come back to CDL to enjoy all your The Young and the Restless news, spoilers and rumors delivered daily!