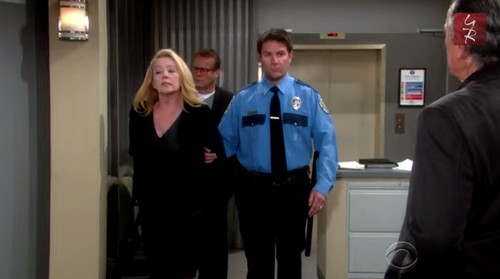 “The Young and the Restless” spoilers for Tuesday, March 3, tease that things aren’t always as they seem in Genoa City. Y&R fans can expect several shocking revelations as this episode gets underway. Summer (Hunter King) will continue dealing with her husband’s death and while looking for some pictures for Austin’s (Matthew Atkinson) memorial, she’ll come across a puzzling video on his computer. In the footage, Austin will say that it’s Valentine’s Day 2015 and state that he owes Summer an apology. Austin will tell her that he knows he hasn’t been himself lately and he doesn’t like himself much lately either. Just before Austin gets to what he needs to apologize for, the video will be cut short leaving everyone to wonder what he intended to say the day he died.

Abby (Melissa Ordway) will look pretty shaken up by the whole thing, but she may have something more important to worry about. A conversation with Kyle (Lachlan Buchanan) will reveal that he knows about Abby and Kyle’s affair and he’s been keeping tabs on the two of them. Kyle will also admit that he had a confrontation with Austin and Abby will accuse Kyle of being the one to give Austin that fatal blow. Kevin (Greg Rikaart) will later have news for Mariah (Camyn Grimes) about the blood results of the towel in Kyle’s trunk. Surprise, surprise: Kyle lied.

Other “Young and the Restless” spoilers for Tuesday, March 3, indicate that Neil (Kristoff St. John) will spend some time at the bar as he tries to drown his sorrows. Neil will have words with a few visitors while the booze keeps flowing. First, Lily (Christel Khalil) will try to intervene, but Neil’s not interested in another lecture from his daughter. Lily will ask Neil to think of Moses (Randall L. Smith), but he’ll counter by implying that she has problems of her own to work out with Cane (Daniel Goddard).

Next, Devon (Bryton James) will show up and make matters worse. Neil will essentially disown his son and let Devon know that he’s the reason his father has fallen off the wagon. Lily will tell Neil to take his anger out on Hilary (Mishael Morgan), but Neil will argue that there’s no reason for him to forgive Devon if Lily can’t even forgive Cane for a lesser transgression. After Lily leaves, Neil will interrogate Devon about his affair with Hilary as he tries to say he’s sorry. However, Neil will ultimately say that Devon and his remorseful words mean nothing to him.

Meanwhile, Christine (Laralee Bell) will bicker with Nikki (Melody Scott Thomas) over Phyllis (Gina Tognoni). Nikki will say she knows Phyllis is innocent, but Christine isn’t interested in dropping the charges. Paul (Doug Davidson) will want to hear Nikki out, but Christine won’t understand why everyone seems to be defending Phyllis. Christine will even wonder if Nikki is being blackmailed. Nikki will be adamant that she believes Phyllis has changed. After all, Phyllis put her life on the line for Nikki during the collapse of The Underground. Christine won’t listen to what Nikki has to say so Nikki will decide to leave. Christine will give Paul a piece of her mind for implying that she’s not being objective and she’ll say that their marriage is nothing if Paul doesn’t have faith in her. Paul will yell that Christine is blowing the whole thing out of proportion as she storms out.

When Nikki sees Neil at the bar, she’ll try to convince him to go to an AA meeting with her. Neil will refuse, but he’ll agree to let Nikki take him home. On the way, Neil will note how he wants Devon to suffer like he’s suffering and Nikki will understand why he feels the way he does. However, Nikki will try to take Neil to the AA meeting against his wishes and Neil will go ballistic in his drunken state. Neil will grab the wheel and cause Nikki to lose control of the vehicle. The car will veer off the road and strike Christine, which sets the stage for the rumors of murder charges to come.