‘The Young and the Restless’ Spoilers: Sharon Accused of Austin’s Murder, Catches Sage and Nick in Bed – Angell Conwell Returns 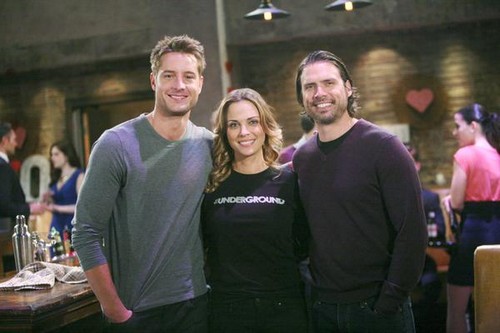 “The Young and the Restless” spoilers for March 23-27 tease another week of exciting, must-see drama on the CBS soap, and rumor has it Y&R fans will not want to miss a single episode! According to “The Young and the Restless” casting news and coming and goings, Y&R star Angell Conwell is returning to the CBS soap this week as Leslie, Neil’s former flame. Soap Opera Digest’s spoilers tease that Leslie will be spotted in the courtroom when Christine’s case heads to trial.

“The Young and the Restless” spoilers reveal that the mystery of Austin’s (Matt Atkinson) death continues to unravel – and the last person any of us expected, could be his killer! During the week of March 23, Summer (Hunter King) will accuse Sharon (Sharon Case) of killing her husband. Noah jumps to his mother’s defense, but he has a tough time arguing that she is innocent since Sharon was caught with Austin’s laptop. Summer is convinced that Austin had a secret of Sharon’s on his laptop – and she killed him to keep him quiet. Considering Sharon’s track record and the fact that she attempted to steal Austin’s computer, she is going to have a tough time proving that she is innocent. Spoilers also tease that at the end of the week Kevin will make a startling discovery about Austin’s past – that could really shed some light on the present. As if Sharon doesn’t have enough to worry about Y&R spoilers indicate that she will catch Sage and Nick sleeping together!

In other “The Young and the Restless” news, spoilers tease that during the week of March 23 Victor (Eric Braeden) and Nikki Newman (Melody Scott Thomas) work together to try and convince the judge to throw out Christine’s case – and there is a good chance they could get their way. Also, Nick Newman (Josh Morrow) and Sage (Kelly Sullivan) give in to passion and make love on March 26, meanwhile across town Devon (Bryton James) confronts Hilary and demands to know why she is still hanging his family.

So Y&R fans, do you think Sharon had anything to do with Austin’s death? What secret do you think Kevin discovers about Austin? Are you excited to have Leslie back? Will Victor and Nikki get the court case thrown out? Let us know what you think in the comments below and don’t forget to check CDL tomorrow for more “The Young and the Restless” spoilers and news.