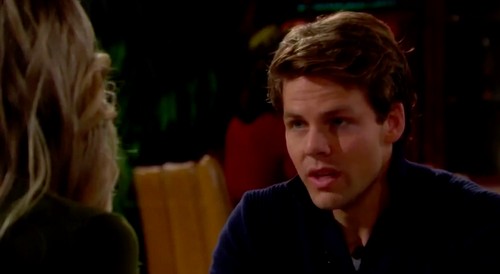 “The Young and the Restless” spoilers for Wednesday, March 18, tease that secrets will continue to unravel in Genoa City. At Crimson Lights, Nick (Joshua Morrow) will speak with someone on the phone about his insurance for The Underground. When Dylan (Steve Burton) shows up, Nick will complain about Sharon (Sharon Case) being late to drop off Faith (Aly Lind). Dylan will tell him to cut Sharon some slack. Noah (Robert Adamson), Summer (Hunter King) and Kevin (Greg Rikaart) will arrive and Nick will ask how Summer is doing. Summer will tell him that everyone’s been supportive. Nick will take Noah aside and ask what’s up with Summer. Noah will tell Nick that Austin (Matthew Atkinson) was digging up dirt for a documentary that someone didn’t want to see the light of day. Nick will be angry that Austin used Summer.

Sharon will pop in and say Faith has them running a little behind. Faith will say she was having a bad hair day and Sharon will apologize for being late. As Nick, Summer and Faith are eating breakfast, Sage (Kelly Sullivan) will come over to their table. Faith will want Sharon to stay, but she’ll say that it’s Nick’s turn. After Sharon leaves, Sage will try to chat with Faith, but Faith won’t be interested. Faith will be anxious to leave for school and she’ll ask Nick when they can have some alone time. Sage will say Faith has a wonderful daddy and Faith will say she has a wonderful mommy, too. Later, Nick will talk to Sage about what happened. Sage will think he’s going to break up with her, but Nick will only want to apologize. Nick will say that Faith has never been able to accept other women in his life, but she’s going to have to accept that he’s moving on with Sage. 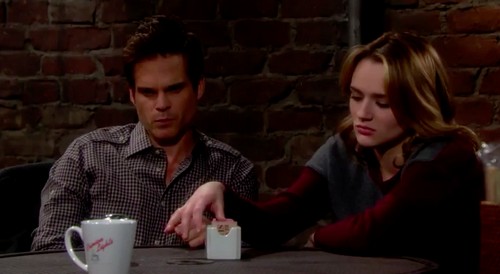 Over with some of the Scooby Doo crew on the patio, Kevin will say that as long as they keep the secret on Austin’s computer under wraps, they can all stay safe. Sharon will be eavesdropping nearby. She’ll walk over and tell Noah that she’s making progress with Nick. Sharon will also tell Summer that she hopes Nick can forgive her someday. When Summer responds rudely, Noah and Kevin will chastise her for it. Sharon will leave and Summer will start to wonder if Sharon is involved in Austin’s murder. She’ll tell Noah to think about it. After all, Noah knows what his mother is capable of. Noah will have a flashback of when Sharon burned down his grandfather’s house and how she begged him not to hate her. Noah will remember saying that he could never hate her and he’ll defend his mom to Summer. Summer will agree to be nicer to Sharon next time and they’ll hug before going inside. 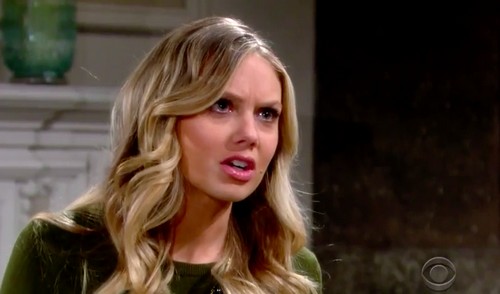 Sharon will reappear and have her eye on the bag with Austin’s laptop that’s sitting on the chair. When Summer and Noah get back, they’ll find Sharon trying to snatch Austin’s computer. Everyone will stand in shock as Sharon gets caught in the act. The latest Y&R rumors say Sharon may have been the one to deliver the fatal blow to Austin’s head, but we’ll give you updates as new suspects emerge. 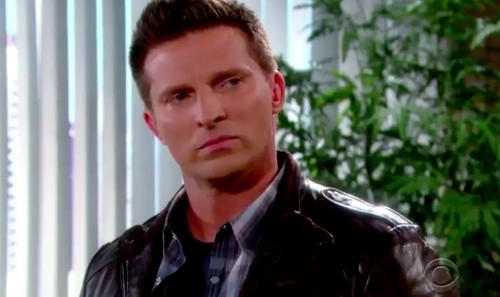 Other “Young and the Restless” spoilers for Wednesday, March 18, hint that Joe (Scott Elrod) will meet up with Avery (Jessica Collins) and ask if she got the dress. Avery will say that next time he finds something like that, he should burn it. Joe will say that he’s there because he needs a lawyer to help him save a nonprofit organization for abused women and children. Joe will note that Constance Bingham (Sally Kellerman) was the benefactor of the foundation and he agreed to help out. Avery will say that it seems like Joe is trying to prove how far he’s come. Dylan will show up and wonder if he’s interrupting something, but Avery will explain the situation. When Avery takes a call, Dylan will accuse Joe of using any excuse he can to be around Avery. Joe will say that he doesn’t have the patience to convince him otherwise and he’ll leave. Avery will return and Dylan will call Joe a parasite who’s trying to drive a wedge between them. Avery will want to give Joe the benefit of the doubt. 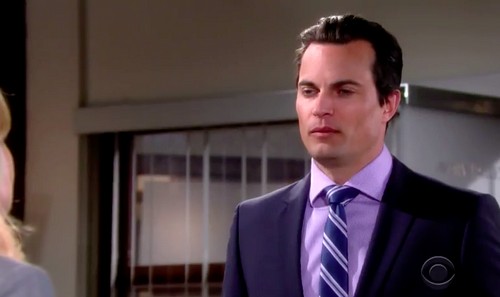 Stitch (Sean Carrigan) will remember the writing on the mirror and talk to Victoria (Amelia Heinle) about someone being in the house the night before. Stitch will say someone was watching and Victoria will be worried it was the same person who attacked Abby (Melissa Ordway). Stitch will indicate that Abby has gone to stay at the athletic club because she’ll be safer there. 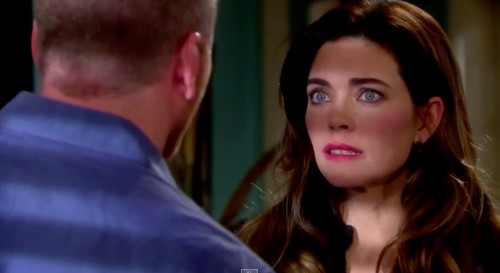 Meanwhile, Kyle (Lachlan Buchanan) will discuss Stitch’s involvement in the documentary with Abby. Kyle will say that Stitch really went off in the video and for all they know, he’s the one who murdered Austin. Abby will say Stitch probably didn’t like a question Austin asked and that he’s just trying to help them. Later, Stitch will show up at Abby’s suite and ask her if she’s really telling him everything. Suddenly, Abby will panic and try to leave. Stitch will put his hand on the door and Abby will threaten to call 911 and scream. Stitch will ask if Abby thinks he’s the one who attacked her and sent the threats. Abby will reply “Did you?” Stitch will want to know where this is coming from and Abby will say that it was Kyle’s idea. Stitch will point out that Kyle has a reason to lie. Stitch will share his own theory that Victor (Eric Braden) had something to do with Austin’s death, but Abby will say he wouldn’t murder to protect the secret. Stitch will say that he almost lost everything trying to protect his mother so he knows how far people will go. Abby will wonder why Stitch is protecting her. Stitch will tell Abby that she’s innocent and deserves to be protected, but Abby won’t be so sure about that. After Stitch says he’ll do whatever it takes to keep Abby safe, they’ll embrace. 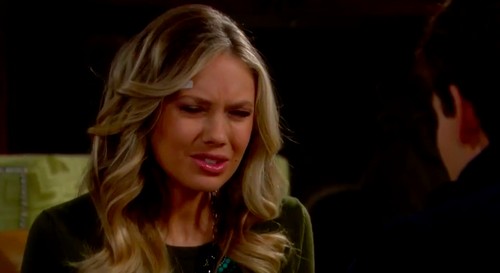 Kyle will stop by Victoria’s house and fill her in on the documentary. Victoria will be shocked to learn the news that Stitch was involved. Kyle will say that Stitch was perfectly positioned to give an inside view of both the Newmans and the Abbotts. After all, Stitch lives with Victoria and works with Ashley (Eileen Davidson) at Jabot. Later, Victoria will show up at the athletic club and watch as Stitch hugs Abby.