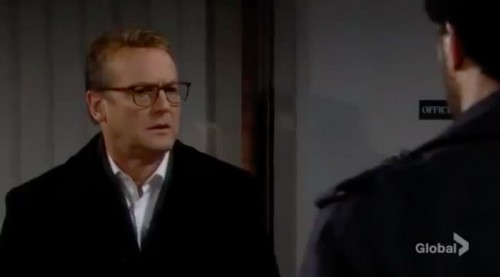 “The Young and the Restless” spoilers for Tuesday, March 17, hint that several Genoa City residents will contemplate true love. At the athletic club, Cane (Daniel Goddard) will tell Lily (Christel Khalil) that the kids are wondering why Daddy’s staying in the guest room. Lily will wish that she had trusted her instincts and not let Hilary (Mishael Morgan) get anywhere near her father. Cane will say he should have told everyone that Devon (Bryton James) was in love with Hilary, but Lily will snap back that it wasn’t love.

Hilary will have a word with Devon and she’ll say that they drove Neil (Kristoff St. John) to drink. The affair ultimately led an intoxicated Neil to grab the wheel from Nikki (Melody Thomas Scott) and unintentionally kill Christine’s (Laralee Bell) baby. Hilary will say that wasn’t part of the plan. Devon will make a sarcastic comment about Hilary growing a conscious. Devon will tell Hilary that he believed she was in love with him. After Devon leaves, Cane will tell Hilary that he knows it wasn’t an act and Hilary really is in love with Devon. Hilary will be adamant that it was all about revenge. Lily will interrupt and say that she can’t believe Cane is still buying her lies. Later, Cane will tell Lily that he thinks Hilary just wants Neil and Devon to reconcile. Cane and Lily will take the first steps toward a reconciliation of their own. Lily will extend her hand and say it all starts with forgiveness. 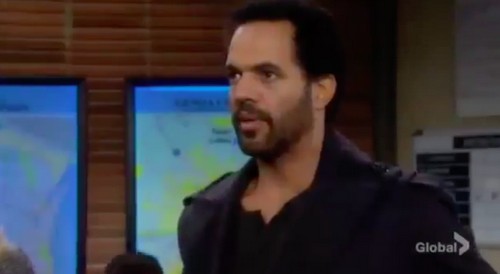 Meanwhile, Nikki’s lawyer will talk to her about the witnesses that saw her car swerve. Victor (Eric Braeden) will tell Nikki that if she can’t tell the truth, then she needs to come up with a believable story. Victor will wonder if Nikki’s protecting Neil, but she’ll say that he’s blaming the drunk. Still, it will be clear that Victor knows something’s up.

Other “Young and the Restless” spoilers for Tuesday, March 17, indicate that Neil will remember the accident and continue to drown his sorrows at the local bar. Nikki will pop in and they’ll discuss the situation. Neil will tell Nikki that he confessed and then clarify that it was to Devon and Hilary. Nikki will be relieved because they’ll protect him. However, Neil will say he doesn’t want to be protected. Nikki will say that Neil shouldn’t let Hilary take anything more from him. While Neil’s in the restroom, Devon will arrive and thank Nikki for what she’s doing. They’ll figure out that Neil left and they’ll go look for him. Hilary will arrive at the bar and tell a drunk that she lost the love of two good men. 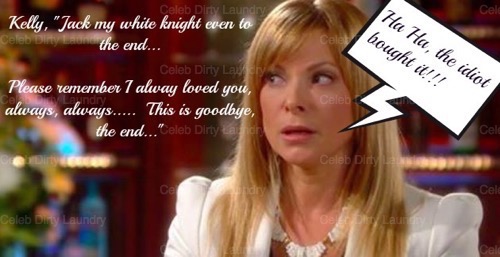 Phyllis (Gina Tognoni) will threaten to report that Kelly (Cady McClain) is jumping bail. Kelly will whack her in the head with a champagne bottle. As Phyllis lies unconscious on the floor, Kelly will call Victor and tell him they have a problem. Kelly will head downstairs and tell Lily that she’s going to see her lawyer. Jack (Peter Bergman) will call Phyllis, who will manage to croak out “Kelly.” When Jack and Paul (Doug Davidson) arrive, Phyllis will tell them that Kelly hit her and is planning on leaving town. Paul will put out an APB and go to check the security cameras. Phyllis will suggest that Jack probably thinks Phyllis manufactured the whole story. Jack will say he doesn’t think that, but he won’t be happy that Phyllis confronted Kelly. 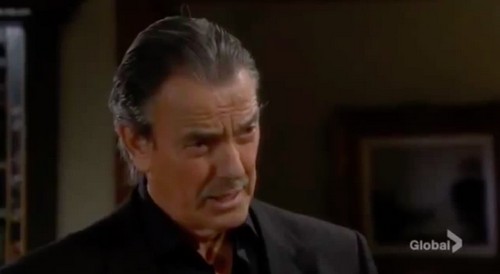 Kelly will go to Victor’s house and tell him what happened. Victor will ask Kelly if she’s out of her mind. Kelly will say that they’re partners, but Victor will tell her she’s delusional. Victor won’t want to clean up the mess Kelly’s made. Eventually, Victor will agree to help, but he’ll indicate that it always comes at a price. 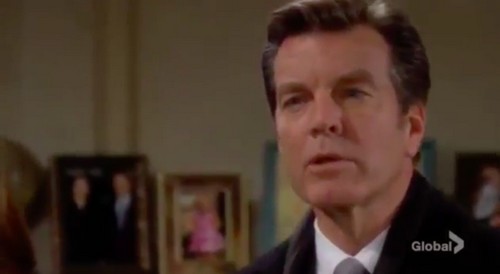 Jack and Phyllis will show up at Victor’s place and accuse him of paying Kelly’s bail. They’ll think Victor was helping Kelly get out of town. Victor will ask them why he would help Kelly and Jack will say he intends on figuring that out. Victor will imply that Jack should be happy with the news that Kelly’s leaving. Jack’s phone will ring and Kelly will be on the other line. Kelly will tell Jack that she couldn’t leave without saying goodbye. Jack will try to get her to come back and will offer to get her attorney. Kelly will call him her “white night until the end.” Kelly will add that she always loved him. When they hang up, Phyllis will be extremely annoyed and jealous, but Jack will remain concerned about what Kelly might do to herself. The rumors say there’s trouble ahead for Kelly so we’ll give you updates on where this Y&R storyline is going.

Devon and Nikki will find Neil at the police station. Neil will want to confess so he can be a man he can respect. Nikki and Devon will try to talk Neil out of it, but Neil will tell Paul that he’s the one who’s responsible for taking the life of his baby. 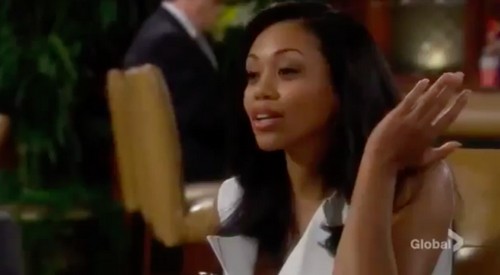