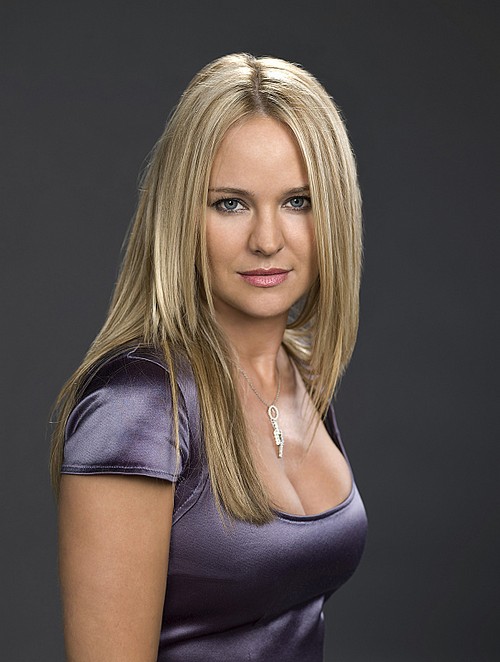 “The Young and the Restless” spoilers hint that there’s more to Austin’s (Matthew Atkinson) story than anyone expected. Rumors have been swirling that Austin isn’t really dead and Matthew Atkinson recently tweeted the news that “we haven’t seen the last of him.” Matthew was tight-lipped on what the future holds for his character, but whether Austin is alive or not, it appears his storyline is going to take “The Young and the Restless” to a dark and wild place.

If Austin really is dead, the big question is: who’s responsible for his murder? According to Soap Opera Spy, an unlikely suspect could move to the top of the list. Word has it that Sharon (Sharon Case) was at the cabin that night and delivered the fatal blow to Austin’s head. SOS reported the gossip that Sharon might suffer from Dissociative Identity Disorder and one of her alternate personalities may have done the deed. As if those details aren’t crazy enough, Sharon could end up committing yet another murder. The rumors say Courtney (Kelli Goss) will be next to bite the dust.

As far as a motive for Sharon’s killing spree, it would likely have something to do with Austin’s documentary. If Courtney learns why Austin was killed or finds out the identity of his killer, then naturally, she’d be Sharon’s next victim. Then again, if Sharon really does have Dissociative Identity Disorder, that might be the only excuse we really need for her actions. Whatever the case, it looks like this plot is just getting started. Spoilers indicate that Sharon will be arrested for Austin’s and Courtney’s murders.

But wait, there’s more! Another suspect has surfaced through speculation on Twitter. Detective Mark Harding (Chris McKenna) hasn’t been around lately. What’s the “bunny cop” been up to? It’s possible that Detective Harding learned what dirt Austin had dug up and killed him to keep the secret quiet. After all, Detective Harding works with Kevin and he could be using his fantasy fan fiction to make the Scooby Doo gang put the blame each other. All the threatening messages could be desperate attempts to get the cabin crew to leave the whole thing alone.

There are a lot of ways for this storyline to go so we’ll give you updates as confirmed “Young and the Restless” spoilers become available. Part of the fun is seeing what twists and turns the CBS soap will take next. If any of these rumors turn out to be true, Y&R viewers will want to pass the popcorn. It sure sounds like some great drama is in the works.

So Y&R fans, what do you think about the possibility that Sharon murdered Austin? Do you think Sharon will strike again by killing Courtney? How will Genoa City react to Sharon being arrested? Could there be even more murders on the way? What about Detective Harding’s possible involvement? Do you think he had anything to do with Austin’s death and the threats that have followed? Let us know what you think in the comments below and don’t forget to check CDL tomorrow for the latest “Young and the Restless” spoilers, rumors, updates and news.