‘The Young and the Restless’ Spoilers: Austin is Alive and Working With Ian Ward – Summer’s Husband Faked His Own Death? 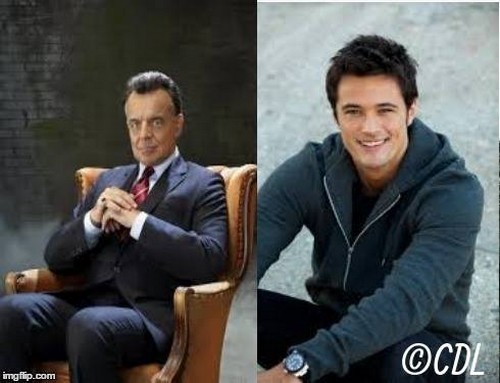 “The Young and the Restless” spoilers and rumors tease that Austin Travers may have faked his death – and is planning to frame Summer Newman or Abby Newman for the crime. Since Austin’s “death,” a lot has come to light about Summer’s hubby, like the fact that he was cheating on her with Abby and allegedly working on a documentary to expose the Newman Family. When you take into consideration that Austin also in a backhanded way caused the cave-in at Nick’s bar, it seems he has a vendetta against the Newman Family in general. Y&R fans have been taking to social media and message boards to discuss the theory that Austin Travers could be working with Ian Ward – and with every episode of the CBS soap it appears to become more and more likely.

“The Young and the Restless” spoilers and coming and going news introduced Ian Ward in January 2014 – and he too was hell-bent on taking down the Newman Family and making their lives a living hell. It all started when Dylan McAvoy (Steve Burton) was obsessed with finding his real father. He traveled to Indiana where Ian Ward (Ray Wise) resided at his own private cult, the same cult that Nikki Newman was a part of many years before. Dylan and his girlfriend Avery eventually met Ian Ward.

Dylan stirred a hornet’s nest when he made that visit to Ian Ward, and Nikki Newman’s life and Genoa City has never been the same. “The Young and the Restless” spoilers teased that Ian Ward would stir up some drama on the CBS soap – but nobody really anticipated his level of crazy until he arrived in town. First on his hit-list was Nikki’s granddaughter Summer. He befriended her, got close to her, and told her his twisted ties with Grandma Nikki. Eventually, Nikki and Nicholas (Joshua Morrow) found out what Ian was doing and were able to stop it.

Dylan later confronted Ian and wanted to kill him. Ian told him he may not want to do that, because he had information about his paternity. Ian made Dylan believe he was his father, when in all actuality he knew that he couldn’t be. Ian also became obsessed with Avery, and there was a lot of speculation about whether he was really behind Avery getting the cooking show. Avery began receiving threatening letters and tweets on the internet. “The Young and the Restless” spoilers hinted that Ian Ward was the one stalking her – but it turned out to be Austin.

Ian tried blackmailing Nikki, but he got caught and was still able to beat the charges. Ian then dragged Nikki through the mud in court and sued her for slander. She was humiliated in court by having to read her innermost secrets in her diary. Ian gave the rag mags the worst excerpts out her diary and it made front page news. Later, Ian tried to set Dylan up for his murder, however the truth came out and Dylan was exonerated.

“The Young and the Restless” spoilers and coming and going news introduced Austin in April 2014. Austin was a young documentary short filmmaker who came to town with a crew of cameramen working on Avery‘s cooking show. It was later revealed that he came to Genoa City to get revenge on Avery. He basically stalked her and sent her threatening tweets anonymously for several months. Eventually, there was a major blow up and Austin shot Paul Williams and skipped town with Summer Newman – only to later return with her and attempt to right his wrongs. But it looks like Austin’s apologetic demeanor was all a front and he could have still been plotting against Summer’s family.

“The Young and the Restless” rumors floating around the Internet are teasing that Austin Travers and Ian Ward are working together – and Ian had Austin infiltrate the Newman Family by marrying Summer. You have to admit that all of the chaos in Genoa City right now looks an awful lot like Ian Ward’s handiwork. Austin “forgetting” to tell Nick that his bar was about to cave in and nearly kill half of the town, and then allegedly faking his death and filming a documentary about Summer’s family. It also should be taken into consideration that Austin always had a soft-spot for Mariah and sympathized for her when no one else did – perhaps because of Mariah’s ties to Ian Ward?

What do you think, Y&R fans? Could Ian Ward and Austin Travers be working together to destroy Nikki and Dylan’s family? Is Austin really dead or did Ian instruct him on how to fake his death, just like Ian did? Do you think it is a coincidence that Austin and Ian arrived within a few months of each other and seemed to have similar agendas? Let us know what you think in the comments below and don’t forget to check CDL tomorrow for more “The Young and the Restless” spoilers and news.