The Young and the Restless Spoilers: Phyllis Attacks Kelly After Learning of Jack’s Tryst – Victor To Blame For Love Potion?

BY Cheri Magistro on February 21, 2015 | Comments: one comment
Related : Soap Opera, Spoiler, Television, The Young and the Restless 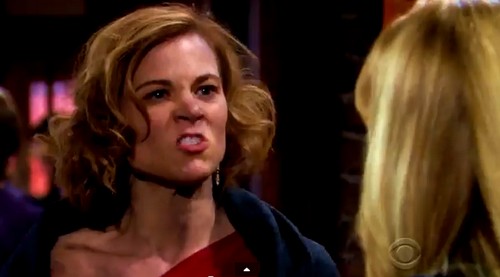 The Young and the Restless spoilers are spreading some vivid rumors about the second phase of the Jack [Peter Bergman], Phyllis [Gina Togroni] and Kelly [Cady McClain] love triangle. On Valentine’s Day while at the Underground party, Jack invited Kelly into the back stock room for much more than a friendly kiss. After Jack demanded, “He wanted her!” he proceeded to rip Kelly’s clothes off and make passionate love to her. Jack’s sister Ashley [Eileen Davidson] witness the pair dressing after their quick romp and could not believe Jack cheated on his fiancée Phyllis.

The unexpected actions of Jack, who told Kelly on several occasions that they were through and their past relationship was not real, makes us certain foul play is to blame. The Young and the Restless rumors are letting us in on a little secret. Kelly apparently was able to get her hands on the secret love potion Hex which made Kelly irresistible to Jack! We are also learning that Victor Newman [Eric Bradan] who had the love potion removed from the Jabot’s lab several weeks ago as a part of his espionage plan, gave Kelly some of the secret love potion to works its magic on a unsuspecting Jack! 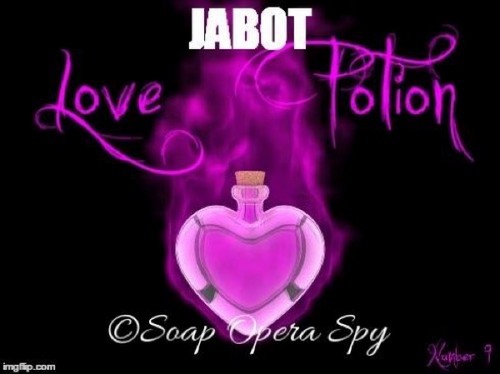 An extremely over the moon Kelly is now on top of the world and can not wait to let Phyllis in on her and Jack’s delightful Valentine’s adventure in the back stock room at the Underground and on Monday, February 23 all hell breaks out between the two rivals for Jack’s affection. More Y&R breaking news is claiming poor helpless Jack who is recovering in the hospital from injuries he sustained during the ceiling collapse at the Underground, doesn’t remember a single thing about the whole stock room Kelly incident!

This must be one of the side effects of the potion, your memory of the its reaction is gone. After being trapped in the Underground ceiling rubble with Jack, Phyllis finally hears the words she was longing for Jack to tell her. “I’m sorry and I believe you are not crazy“, but when Phyllis becomes aware of Jack’s tryst with Kelly it’s the beginning of the next showdown between Kelly and Phyllis and things heats up quickly. Will Phyllis be able to forgive Jack again? Will Victor get caught for arranging for Jack’s drugging with the love potion? What other surprises has Victor in store for Jack as their continuing feud elevates to a even higher level? Come back to CDL often for more The Young and the Restless spoilers, news and rumors!