‘The Young and the Restless’ Spoilers: Jack Has Sex With Kelly, Austin Murdered, Hilary Paralyzed, Lily Missing After Crash 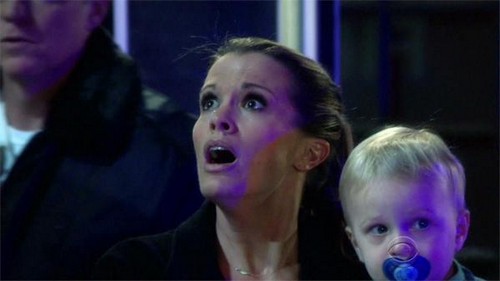 “The Young and the Restless” spoilers tease that the episode of the CBS soap airing on Tuesday, February 17 will be an explosive one as Neil’s plane crashes, and Y&R fans will not want to miss a single second of the heart-stopping action. All hell is breaking loose in Genoa City, and there will be casualties! “The Young and the Restless” spoilers have been teasing the epic February Sweeps plane crash for weeks now – and February 17 is the day it will all go down.

“The Young and the Restless” spoilers tease that on February 17 the airplane carrying Neil Winters (Kristoff St. John) and his family will crash. Neil, Cane, Colin, Jill (Jess Walton) and Devon appear to emerge from the wreckage relatively unscathed. However, the pilot was killed in the crash and they have no radio or cell phones to call for help. Spoilers tease that Hilary did not fare so well, and is very seriously injured in the plane crash, possibly dying – she can’t move or feel her legs. Neil’s daughter Lily is MIA, no one can seem to find her in the wreckage and it is unknown if she survives.

In other “The Young and the Restless” news, Abby’s Valentine’s Day party goes to hell. Summer (Hunter King), Abby, Mariah (Camryn Grimes), and their friends wake up and realize they have been drugged. Y&R spoilers tease that they find Summer’s hubby Austin in the closet with a head wound and Courtney pronounces him dead. In a shocking twist, Fen confesses to drugging everyone with a party drug because he wanted them to have a good time. “The Young and the Restless” spoilers tease that the party gets even stranger when Mariah realizes that the course of events that happened coincide with a murder mystery book she has been reading – and Kevin announces he is the one that wrote it! Just when things couldn’t get any stranger, Summer begins having flashbacks of herself killing her husband!

“The Young and the Restless” spoilers also tease that back in Genoa City the Valentine’s Day celebrations take a dramatic turn as well. Dylan (Steve Burton) and Joe Clark (Scott Elrod) wind up in an all-out fist fight, and Dylan accidentally punches his fiancée Avery. Meanwhile, Avery and Jack’s plan to make Phyllis (Gina Tognoni) act crazy goes awry when Victor Newman (Eric Braeden) steps in and comforts her – so like any concerned citizen, Jack heads to the closet to have sex with Kelly, in another bizarre twist that none of us saw coming.

So, Y&R fans, do you think that Hilary is paralyzed? Did the drugs Summer took make her black out and kill her own husband? How strange is it that everything is unfolding just like the book that Kevin wrote? How confused are you about Jack having sex with Kelly? Let us know what you think in the comments below and don’t forget to check CDL tomorrow for more “The Young and the Restless” spoilers and news.