BY Cheri Magistro on May 5, 2015 | Comments: 12 comments
Related : Soap Opera, Spoiler, Television, The Young and the Restless 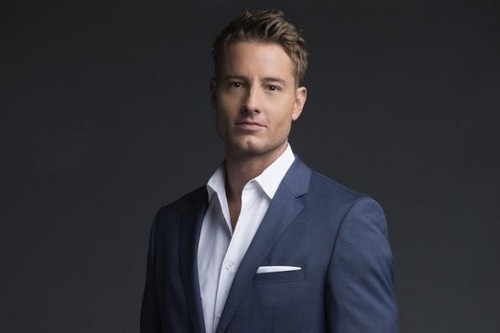 The Young and the Restless Spoilers has just released some very explosive information regarding big Y&R news that maybe another Newman heir will be joining the already extensive clan of Newman grandchildren. A few months past, Sage Warner [Kelly Sullivan] was given orders by Adam Gabriel [Justin Hartley] to play detective with his half brother and Gabriel’s boarding school mentor Nick Newman [Joshua Morrow]. With some of the latest Y&R rumors breaking we are learning that Sage may have well been taking orders from the great and powerful Victor Newman [Eric Braeden] himself.

Victor wanted a “playmate” for his son Nicholas after Nick broke up with long time love interest and ex wife Sharon Newman [Sharon Case]. Victor was afraid, from prior ‘The Young and the Restless’ history and events, that Nicolas would again forgive the mother of his children and take Sharon back. By giving his son a new love interest, Victor was hoping Nick would steer clear of the blonde bombshell. But in a strange twist of fate, Nick broke up with his girlfriend Sage and she landed in bed with her heartbroken ex husband Adam Newman. Additionally, more ‘Young and the Restless’ news reports tease that Sage becomes pregnant with a Newman, but which brother is the father of her child, Adam or Nick?

In another twist, when Billy Abbott [Burgess Jenkins] learns Sage is having a baby, he gets extremely suspicious since Sage herself told him she could never have any children. Detective Abbott, will begin to investigate his long-time suspicions about his prior neighbours Mr. and Mrs. Gabriel Bingham. Among other details, we are hearing more Y&R spoilers that Billy starts to put the puzzle pieces together when Sage’s paternity test reveals the two potential fathers, Gabriel and Nick, carry some of the same genetic markers making them likely brothers!

This storyline can potentially reveal Gabriel’s true identity to the world including to Victor and the love of his life Chelsea Newman [Melissa Claire Egan]. But what will Billy do to Adam once he realizes he never died in the car explosion all those months ago? Billy still blames Adam for hitting his little girl Delia and leaving her on the side of the road to die. Will Billy seek yet revenge a second time around? This never ending story line promises to get really hot and keep The Young and the Restless on top as one of daytime’s favorite soaps! Come back to CDL for more The Young and the Restless spoilers, news and updates!