‘The Young and the Restless’ Spoilers: Sage and Adam Share a Kiss, Gabriel and Victor Make a Deal, Victoria Abuses Authority 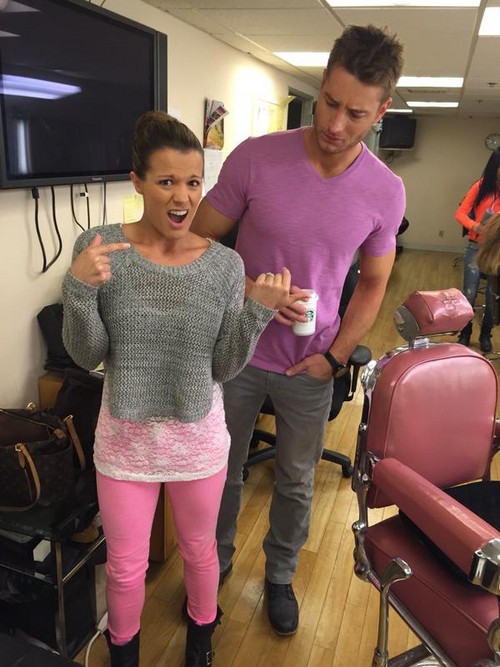 “The Young and the Restless” spoilers for Thursday, April 30, reveal that Nick (Joshua Morrow) and Victoria (Amelia Heinle) will discuss the current situation with Faith (Aly Lind). Dylan (Steve Burton) will overhear and question Nick about why he might lose custody. After hearing about Nick’s outburst, Dylan will be angry that Nick is keeping Sharon (Sharon Case) out of the loop. Nick will talk to an investigator and explain that Faith is just upset because she wants her family to be together. Later, Victoria will talk to Sage (Kelly Sullivan) and indicate that Nick needs time to work through this with Faith. Victoria will encourage Sage to handle everything with sensitivity and take a step back.

At the athletic club, Victor (Eric Braeden) will have a chat with Gabriel (Justin Hartley) about trying to ease tension between the Abbotts and Newmans. Chelsea (Melissa Claire Egan) and Billy (Burgess Jenkins) will arrive and see Gabe with Victor. Billy will tell Chelsea that he wants her wedding day to be one she’ll never forget. Chelsea will inform Gabriel and Victor that she plans on getting married in the afternoon. While Victor and Chelsea talk about her fashion line, Billy will ask Gabriel if he’ll still be his best man. Gabe will turn him down and Billy will hope that he’ll change his mind. This is going to be an event Gabriel won’t want to miss.

When Victor returns, Gabriel will say he needs the money so he’ll help him out in any capacity. Victor will assure Gabe that this will be fun. Of course, we all know that Victor’s idea of fun can get pretty twisted. The rumors say Victor will soon find out that Gabriel is actually Adam and things could take an interesting turn. Stick with Y&R to see how Victor will react when he learns the truth.

Other “Young and the Restless” spoilers tease that Ashley (Eileen Davidson) will catch Abby (Melissa Ordway) and Stitch (Sean Carrigan) making out. Ashley will encourage them to act more professionally and talk will turn to a horrible review of Hex that has gone viral. They’ll come up with a plan to improve the product, but Victoria will shoot down the idea. Victoria will say that the damage is done and she’s pulling the line. Ashley will think that Victoria is just trying to prove she’s in charge. Victoria will say that she values Ashley’s talent as a chemist and Ashley will hint that she won’t quit no matter how much Victoria tries to push her buttons.

Billy and Chelsea will stop by to invite everyone to their wedding. Victoria will politely decline and Victor will think that’s for the best. Abby will corner Victoria and ask how she’s feeling about Billy’s marriage to Chelsea. Victoria will indicate that she’s OK with it, but she still doesn’t think she should attend. When they’re alone, Billy will explain to Chelsea that he invited Victoria because he wants everyone to hear their vows.

Meanwhile, Michael (Christian LeBlanc) will give Sharon updates on her case. Michael will indicate that he’s taking a calculated risk and everything hinges on the murder weapon. The tire iron is being retested and it will hopefully be thrown out. Dylan will arrive to share the news of Nick’s custody issues. Sharon will eventually meet with the investigator to argue that Faith shouldn’t be taken away from her father. After the meeting, Nick will show up and blast Sharon. Dylan will intervene and say that Sharon is the reason Nick is going to keep custody of Faith. Nick will apologize and Sharon will indicate that protecting their kids is the top priority. Once Nick heads out, Dylan will call Avery (Jessica Collins) to say he misses her and Sharon will eavesdrop nearby.

Nick will reluctantly inform Sage that they have to break up. Child Protective Services will be watching Nick closely and he doesn’t want to take any chances. Later, Adam will join Sage for a drink and they’ll discuss their relationship problems. Adam will criticize Sage’s taste in men and she’ll ask him to go easy on her for a moment. Sage will start talking about how she tried to make Adam into the man Gabriel was, but he could never measure up. Adam will grab Sage and kiss her passionately. The rumors say Adam and Sage are headed for trouble so Y&R viewers will want to stay tuned.

Watch the Young and the Restless promo video for April 30, 2015 below!