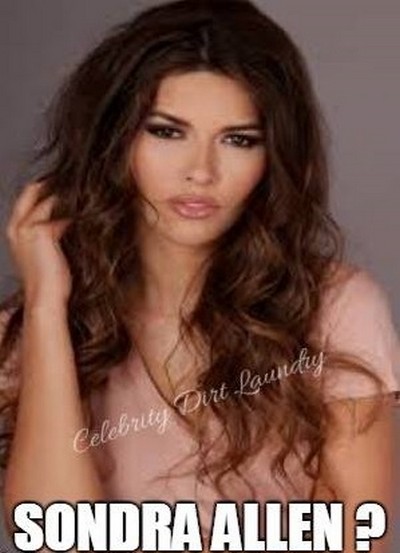 “The Young and the Restless” spoilers hint that a new mystery woman is coming to Genoa City. According to Soap Opera Digest, Y&R has cast Sofia Pernas as Marisa, “a mysterious beauty” who will “interact with key characters.” Pernas will debut in the recurring role on June 1. Of course, soap fans know that new characters aren’t always who they claim to be. The casting news comes on the heels of an explosive revelation that could be related to Genoa City’s fresh arrival. The timing has some viewers wondering: Could Marisa actually be Sondra Allen?

Sharon (Sharon Case) recently brought up Nick’s (Joshua Morrow) responsibility in an incident that resulted in Sondra being critically injured. Sondra dreamed of becoming an Olympic diver until Nick drunkenly dared her to dive off the balcony into the pool at the ranch. The plunge resulted in a broken neck and broken dreams for Sondra. Victor (Eric Braeden) bribed Sondra’s family so that Nick wouldn’t be tied to the accident, but that doesn’t mean Sondra was satisfied. Victor paid off Sondra’s parents, but now it might be Sondra’s turn for payback.

“The Young and the Restless” rumors say that Sondra may have already been lurking around town. Sondra could easily be out for revenge on Victor, Nick and even Sharon. After all, if Sondra realized that Sharon covered up Nick’s actions for all those years, she might want to bring her down as well. Perhaps Sondra is the one who’s been setting up Sharon for Austin (Matthew Atkinson) and Courtney’s (Kelli Goss) murders. It’s highly likely that the cabin killer and the one who’s doing the framing are two entirely different people. Sondra could be using this as her chance to send Sharon to prison and put Nick’s life in turmoil. We can see that the stress of the situation is starting to get to Nick. Nick took away a big part of Sondra’s life and maybe now she’s back to take away a big part of his. If things continue to spin out of control, Nick could easily lose custody of Faith (Aly Lind) for good.

Ultimately, we don’t know for sure if Marisa is really Sondra, but it would be an interesting twist if that’s the way the writers decide to go. Anything can happen on “The Young and the Restless.” Stick with CDL for updates on what the future holds for this mysterious character.

So Y&R fans, what do you think about the idea that Marisa could actually be Sondra Allen? Do you think Marisa is Sondra’s alias? Could Sondra want vengeance? Let us know what you think in the comments below and don’t forget to check CDL tomorrow for the latest “Young and the Restless” spoilers, rumors, updates and news.