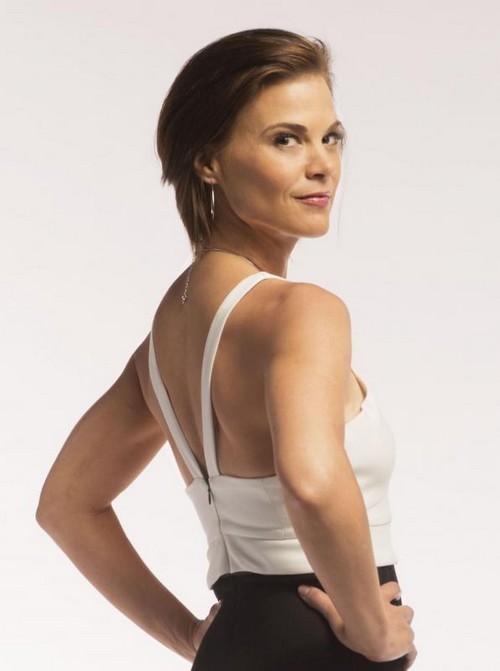 “The Young and the Restless” spoilers for Friday, April 10, tease that several Genoa City residents will get caught off guard. Sharon (Sharon Case) will believe someone is outside her window and she’ll call Dylan (Steve Burton) for help. Dylan will tell Avery (Jessica Collins) he’s going to see Sharon and he’ll be at the charity benefit later. Joe (Scott Elrod) will show up and offer to accompany Avery to the benefit, but she’ll insist she can manage on her own. Meanwhile, Paul (Doug Davidson) will pop in at Sharon’s and she’ll get upset by his interrogation. Sharon will insist that she had nothing to do with the murders. Dylan will arrive to back up her alibi. Once they’re alone, Sharon will share her fear that Faith (Aly Lind) will tell the truth. Later, the test results will show that the tire iron had Austin’s (Matthew Atkinson) blood and Sharon’s fingerprints on it.

As the benefit gets underway, Victor (Eric Braeden) will indicate that he’s not worried about Hex because it will be Jabot’s last success. Nikki (Melody Thomas Scott) will be irritated that Victor has been trying to stop her from helping Neil (Kristoff St. John), but Victor will say that Leslie (Angell Conwell) could try to blame her if they aren’t careful. Summer (Hunter King) and Kyle (Lachlan Buchanan) will try to avoid all the questions about the murder investigation while Jack (Peter Bergman) takes a few jabs at Victor. Victor will suggest that they can find the hacker faster if they join forces and Ashley (Eileen Davidson) will be puzzled about Victor’s desire to team up. When Victor leaves, Jack will question Nikki about what Victor has up his sleeve. Nikki will reply that once they find out, it’ll be too late to do anything about it. Stick with CDL for updates as Victor’s plan moves forward.

Other “Young and the Restless” spoilers hint that Victor will talk to Ashley about how Jack wants Kyle to run Jabot. When Victor implies that it’s because she isn’t really an Abbott, Ashley will ask Victor if he’s going to expose the truth. Jack will also receive several static-filled phone calls and Ashley will suggest that maybe Victor had something to do with them. Jack will then indicate that he wants to discuss the CEO position with Ashley when he gets back from his trip. Later, Victor will call up his mysterious partner and ask if he or she has been making phone calls to Jack. Victor will insist that it has to stop. Was it Kelly who was prank calling Jack?

Gabriel/Adam (Justin Hartley) will question Chelsea (Melissa Claire Egan) about what’s wrong with Connor (Michael and Nolan Webb). Chelsea will say that the doctor wants to do some tests because he fears Connor is rejecting the cornea implant. Gabriel will drive Chelsea and Connor to the hospital and demand that Chelsea be allowed to be with Connor during the exam. Chelsea will comment about how Gabe seemed to be channeling Adam in that moment. The doctor will come back with the good news that Connor is going to be fine and a relieved Chelsea will hug Gabriel. Back at the apartment, Chelsea will thank Gabe and say that she can tell he cares about Connor. Gabriel will leave while Chelsea is on the phone explaining everything to Billy (Burgess Jenkins).

After Avery accepts her award, Joe will tell her that Gabriel has lost the inheritance and all the money is going to the foundation. Avery will join Joe in his room to celebrate with a bottle of bubbly. Out on the balcony, Joe will tell Avery how she’s changed him and he’ll lean in for a kiss. Avery will resist and Joe will say they owe it to themselves to make it work. Avery will push Joe away once again and he’ll fly straight off the balcony. The rumors say that Joe could end up paralyzed or at least severely injured from the fall so Y&R viewers should stay tuned.