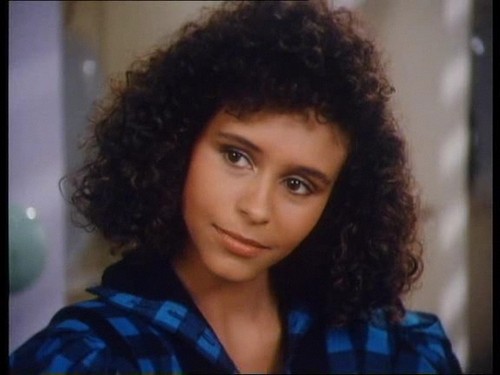 The Young and the Restless spoilers and rumors have released yet another cast breaking news story. This time it looks like a specious rumor that the character of Drucilla Winters [Victoria Rowell] may be coming back to Genoa City! While this is long awaited news that Young and the Restless fans have been waiting years for, there has been absolutely no substantiation of this story.

Last time we saw Drucilla Winters she was being played by the beloved Victoria Rowell. The reprise of Dru is rumored to be featuring another actress Troy Byer, which again is unsubstantiated. Die heart Young and the Restless fans remember all to well the last time we saw Drucilla air on April 4, 2007. During a modeling shoot for Jabot Cosmetics line Tuvia, Dru fell off  a cliff  to her presumed death.

Ironically, after weeks of searching, her body was never recovered. This always paved the way for Drucilla to return to Y&R and her many adoring fans. At the time of her ‘death’, Dru was married to Neil Winters [Kristoff St. John] the love of her life. Dru also has two children Lily Winters Ashby [Christel Khalil] and Devon Hamilton Winters’ [Bryton James] whom she adopted with Neil.

The rumors are also detailing the ’perfert” timing of Drucilla’s return.  They are saying it is in in conjunction with Neil finding out the dark truth about his son Devon and new wife Hillary’s [Mishael Morgan] long love affair. The rumors are not indicating if Dru may come back to Neil in a dream sequence or if she is really still alive after being missing for all most 8 years.

Neil has been embattled by his share of heartbreaks, drinking binges and even blindness during her absence. Having Dru return back to Neil at the most horrible time of his life, would certainly be a positive uplift to his broken spirit. The YR news that Justin Hartley character reprise of Adam Newman was a tremendous success might have given the Young and the Restless executives the confidence to finally bring back Drucilla without the original Victoria Rowell. More likely the rumor was started by some desperate blogger. What are your thoughts about this latest recast? Would you like for Dru to return to Genoa City?  She has missed so much of her children’s life.  It would be fun to see Dru be a grandmother to Lily’s twins.  And to see her billionaire son Devon’s new lifestyle.  But alas, we fear this is all no more than fan fiction. Let us know what your thinking in the comments section below. Return to CDL for all your The Young and the Restless spoiler, rumors and news.